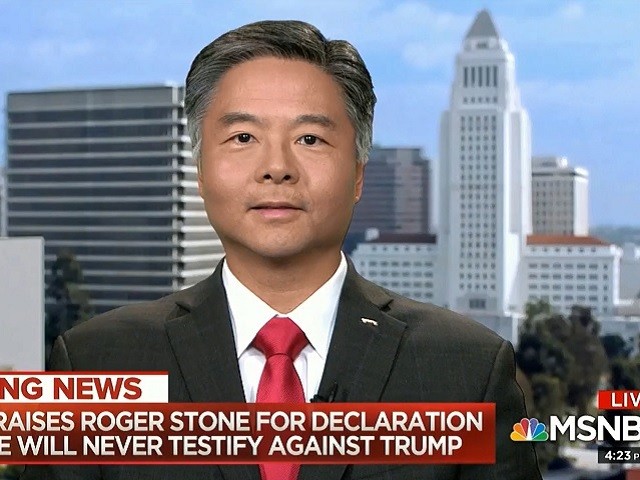 On Monday’s broadcast of MSNBC’s “The Beat,” Representative Ted Lieu (D-CA) argued that President Trump’s praise of Roger Stone for Stone’s refusal to testify against the president is a violation of the witness tampering statute and could be obstruction of justice.

Lieu said, “I think it’s an attempt to persuade Roger Stone to not testify. That by itself would violate the witness tampering statute. It also could violate a separate statute, which is obstruction of justice. Which simply requires, again, Donald Trump to merely attempt to influence a federal investigation with corrupt intent. A lot of this centers on the intent of Donald Trump. I think it’s pretty clear what his intent is, and it’s to protect himself and his family, and that is corrupt intent.”