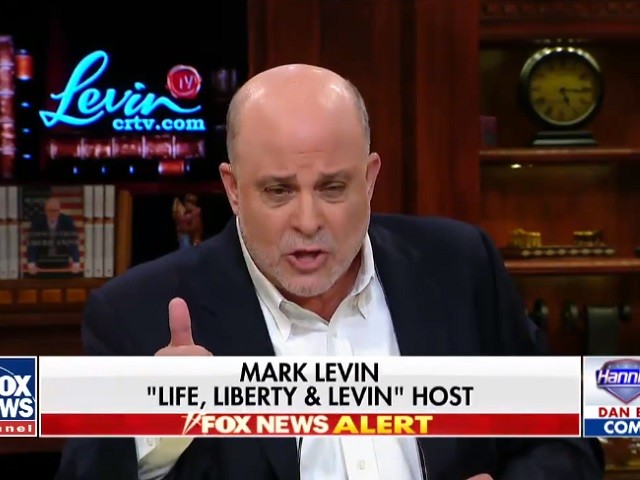 On the Friday broadcast of his nationally syndicated radio show, conservative talker Mark Levin said the recent revelations of Gov. Ralph Northam (D-VA) shown in his medical school yearbook with images of Klan robes and blackface raised questions about the media’s vetting of candidates.

Levin questioned The Washington Post’s vetting of Northam, given it had endorsed the Democrat in his election for governor. Levin compared that to the exhaustive investigations of then-Supreme Court associate justice nominee Brett Kavanaugh and other Republicans over the years.

“This raises a lot of issues, really,” Levin said. “How is it that the media didn’t even look at [Northam’s] medical yearbook? How’s that possible? They’re hunting down Kavanaugh’s high school yearbook. They’re taking any piece of information they can. They’re digging and digging and interview people, and so forth and so on. The Washington Post, which is the big newspaper in the DC metropolitan area, covering the city, Virginia and Maryland, and so forth – they endorsed Northam for governor. Do they take any responsibility for not doing a proper vetting?”

“He didn’t run for governor as a doctor,” he continued. “[H]e had been the lieutenant governor. The contrive so much, take things out of context – thoroughly dishonest. Yet, somehow they missed this, somehow they missed this. I’m not saying they covered it up. I’m saying they didn’t want to look. They don’t look at the background of a Democrat running for office as thoroughly as they look at a Republican.”