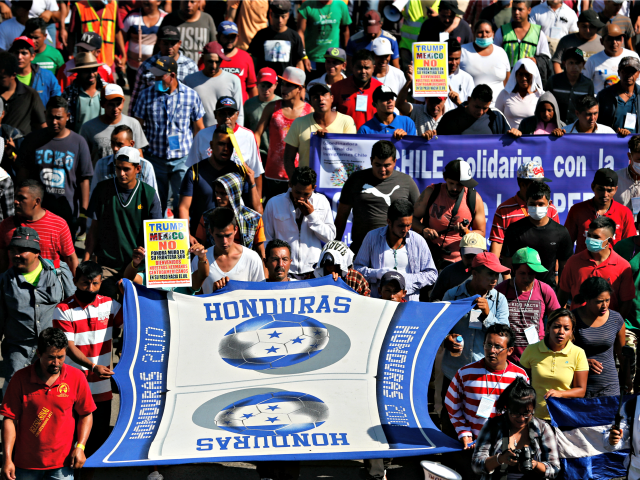 The issue of the country’s loose asylum laws — where foreign nationals can claim that they fear for their lives in their native country and be released into the U.S. until their day in court — has sparked debate as a caravan of 7,000 to 10,000 Central Americans heads to the U.S.

In Fiscal Year 2018, nearly 90 percent of Central American migrants who arrived at the border and claimed “credible fear” passed their initial asylum-seeking interview. Only nine percent of those migrants seeking asylum, though, are ultimately granted asylum.

In almost 50 percent of cases where Central American migrants passed their initial asylum-seeking screening, the migrant never appeared for their asylum hearing or did not even file an asylum application. These migrants likely find work in the U.S. and live as illegal aliens.

Thanks to Attorney General Jeff Sessions, asylum rules were reformed to prevent migrants from receiving asylum by claiming they are fleeing violence, gangs, or domestic abuse. These are not eligible asylum claims.