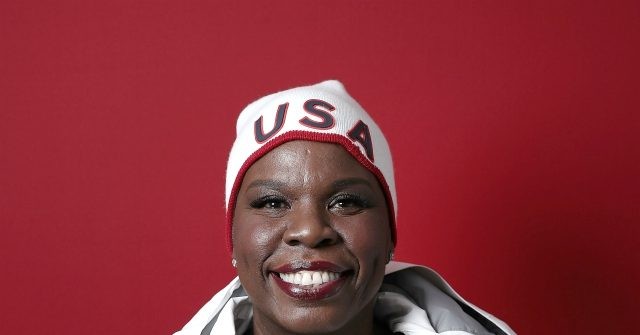 Former Saturday Night Live star Leslie Jones says people participating in the nationwide protests in response to the police involved death of George Floyd should focus on voting — saying, “burn down this fucking Constitution’ — rather than burning property.

“I love that you guys are protesting and see how quick you did it. But I’m gonna tell you, to get the fuck what you really want, we’re going to have to change the fucking system. And to change the system, we have to fucking vote,” Jones said, reflecting on her role in the 1992 Los Angeles riots and expressed admiration for protesters. “You want to burn down buildings? Burn down this fucking Constitution. And we do that by fucking lifting our voice, by fucking voting… That’s how we really show them.”

This is how I feel! Hope y’all hear what I’m saying!! pic.twitter.com/BtAPtaUW1Q

The Ghostbusters star questioned how effective protesting really is compared with taking to the ballot box. Jones also warned of the dangers of the Chinese coronavirus spreading as a result, having previously suggested that President Donald Trump is responsible for all the deaths from the pandemic.

“I want y’all to protest if you feel that you gotta protest, but is it going to change anything?” Jones said. “That’s what we really gotta think about, what the fuck can we really do to get what we want… We’re going to show them what we fucking mean by voting!”

Like what is wrong with us how dont we see the narcissistic behavior of this clown? We need put his name on all the death certificates from this pandemic too!! What the fuck?! #VOTETHEMFOUT #GETRIDOFALLOFTHEM pic.twitter.com/f9GT0366wB

“Please be careful. There’s still is pandemic, there’s still a fucking virus out,” the comedian added. “If you’re going to go out and protest please be safe… That’s from a real point in my fucking heart.”

The nationwide “protests” referred to by Jones have wreaked havoc and destruction across American towns and cities, and in many cases against black-owned businesses and majority-black communities. As well as the vandalism and looting of dozens of public and privately owned institutions, including the Lincoln Memorial, there have also been countless acts of violence against innocent citizens and police.