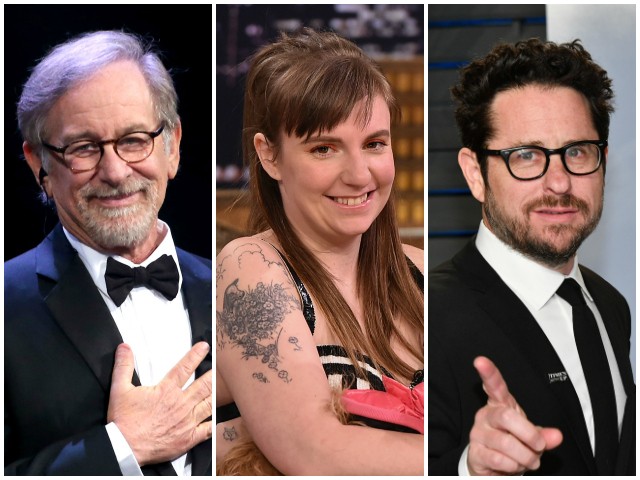 Actress, Girls creator, and feminist activist Lena Dunham has been tapped to adapt a feature film about a refugee survival story co-produced by Steven Spielberg and J.J. Abrams.

“Dunham will write an adaptation of the non-fiction novel ‘A Hope More Powerful Than the Sea: One Refugee’s Incredible Story of Love, Loss, and Survival,’ by author Melissa Fleming,” The Wrap reported Monday.

Dunham, who is currently shooting scenes for her first major Hollywood movie in director Quentin Tarantino’s Once Upon a Time in Hollywood, took to social media on Monday to celebrate the news.

“Very lucky to have this job, to tell this story, to support this truth with these people,” Lena Dunham wrote in a short post.

Very lucky to have this job, to tell this story, to support this truth with these people. ❤️ https://t.co/EgcRfKA0ks

“The book that was originally released in January 2017, documents the journey of a young Syrian woman, Doaa Al-Zamel, and her rescue from the Mediterranean as one of the few survivors of a capsized boat of refugees,” the outlet said of Fleming’s book.

The reported Paramount project will see production from Spielberg’s Amblin Partners and J.J. Abrams’ Bad Robot, with both Amblin and Paramount expected to co-distribute the film globally.

Earlier this month Dunham announced that her feminist site, Lenny Letter, is shutting down after failing — according to the New York Post — to make enough money.

As for Spielberg and Abrams, the veteran Hollywood super-producers have been pouring big bucks into the Democratic Party’s midterm election war chest.

Dunham, of course, has been a controversial figure for several years.

In her memoir Not That Kind of Girl, Dunham accused a “campus Republican” named Barry of raping her at Oberlin College while she was a 19-year-old student at the school.

A Breitbart News investigation proved “Barry” innocent of Dunham’s rape allegations. She waited months before admitting that she wrongly accused an innocent man of raping her.
Follow Jerome Hudson on Twitter @jeromeehudson