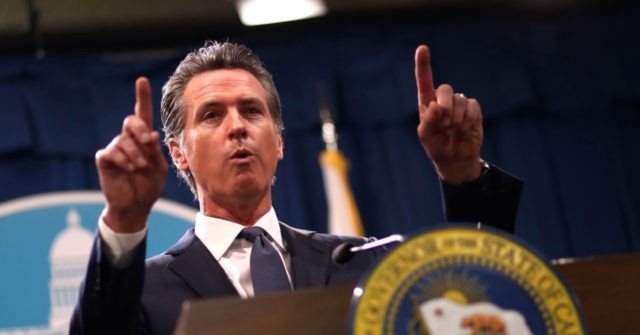 A San Diego doctor who came to the U.S. from South America is seeking to oust Democrat California Gov. Gavin Newsom via the launch of a recall petition to force a special election, saying that the state’s leftist leadership has caused a homelessness crisis in the cities.

“I came here legally at age 11. Having grown up in extreme poverty and being homeless to now being one of San Diego’s most prominent physicians, that’s the American Dream, that’s the California dream. And that’s what Gov. Newsom and left-wingers in the legislature are progressively destroying,” James Veltmeyer told Fox & Friends Monday.

Veltmeyer, who ran twice for Congress in 2016 and 2018, argued the recall would save California taxpayers money, even though the special election would cost the state millions of dollars.

“We are going to be saving a half a billion dollars, and we would be helping our citizens,” Veltmeyer told KXTV.

He is trying to get 1.5 million signatures to force a special election. Although recalls are common, they have not been very successful in California.

The San Francisco Chronicle reported that there were 51 recall attempts since 1911, with only one successful recall attempt which forced a special election against Gov. Gray Davis in 2003.

Voters elected Republican candidate Arnold Schwarzenegger to replace Davis, who had a 20 percent approval rating at the time.

Veltmeyer said the main reason he is seeking a recall— despite the longshot of it occurring— is because the state offers taxpayer-funded health care to illegal aliens while American veterans are left homeless.

“They can have any procedure done, what happens when they leave the hospital?” Veltmeyer told KTXV. “No debt collection agency, there is no bill. If you claim tomorrow, you are here illegally. It would benefit you because you don’t have to pay for taxes.”

He also stated that the state’s status as a sanctuary state for illegal aliens had motivated him to seek a recall of Newsom as governor.