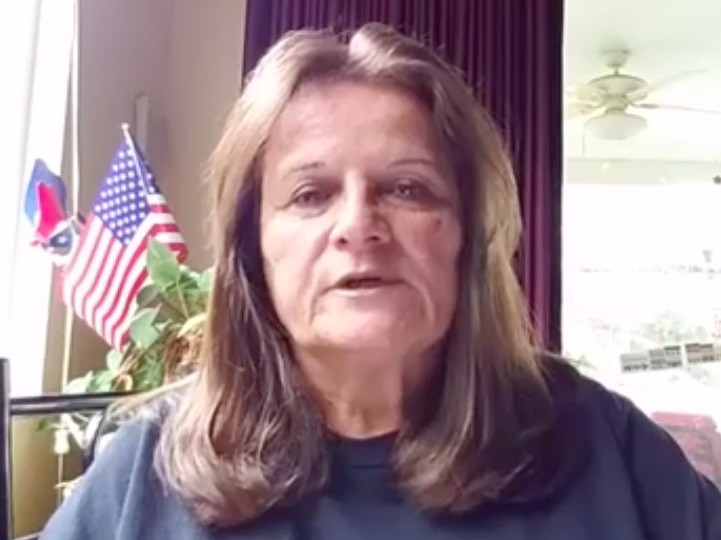 WASHINGTON, DC — Legal immigrant Agnes Gibboney asked where was the protection for her son killed by an illegal alien as she stood in House Speaker Nancy Pelosi’s office Wednesday.

Gibboney was one of many angel families turned away at Speaker Nancy Pelosi’s office Wednesday despite their requests for meetings that were made ahead of their visit to her office.

“My parents legally immigrated here,” said angel mom Agnes Gibboney. “My parents wanted a good, safe place for my family and look and the safe place my only son, my first born was murdered.”

“Where is the protection?…Where is the sanctuary for my son?” Gibboney asked. “Who is to say that after this guy gets out next year, he’s not going to come after me or after any of my family? Or kill somebody else’s child?”

“I wouldn’t want to see that. I wouldn’t want his own family go through the hell I’ve been living with for almost 17 years,” she went on. “This is not fair.”

Capitol Hill Police showed up with a commanding presence while angel families were gathered in Pelosi’s office. Two of the officers entered the front office at one point, while several others stood at the ready outside the office where more angel families and supporters stood. Officers remained until angel families eventually departed the office.

Angel families held a press conference Wednesday with current and former elected officials, former heads of federal immigration law enforcement agencies, and other pro-border security groups. The families, who have had loved ones killed by illegal aliens, walked from their Capitol Hill event to Pelosi’s office. Several had requested meetings ahead of visiting Pelosi’s office, but received no response. Aides manning the front desks when angel families arrived would not give a timeline for when families could even meet with one of Pelosi’s staff.