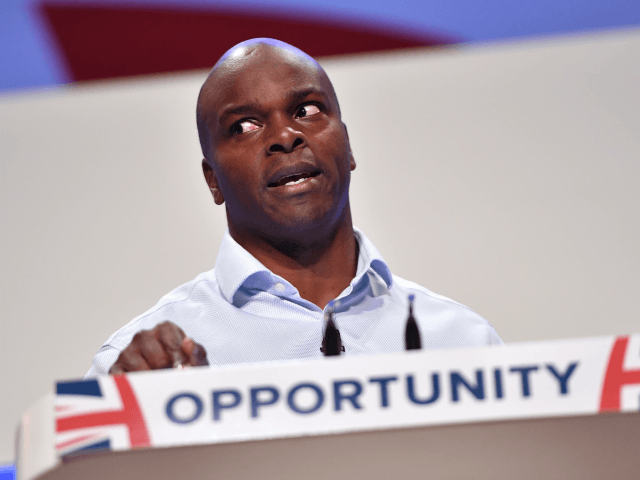 Socialists and Labour Party members and supporters have bombarded the Tory candidate for London Mayor with racist abuse, berating him for being a right-wing black man.

Shaun Bailey, the man who will attempt to unseat Labour Mayor Sadiq Khan in the 2020 election, has been labelled a “lying coconut”, a “vile disgusting Uncle Tom” and a “token ethnic” by left-wingers on social media.

Condemning the attacks on him, he told the Evening Standard: “We cannot have a contest that is plagued by racial abuse, mud-slinging and identity politics.

“These attacks are poisoning the well of public debate and have no place in a modern, progressive tolerant Britain.”

One Momentum-supporting Labour member tweeted: “Shaun Bailey is the biggest Uncle Tom to walk the planet” and a “vile disgusting Uncle Tom”.

Another Labour member from London messaged: “Shaun Bailey is the new token ethnic.”

A “socialist” from the capital added: “London IS a diverse city which must have a mayor who respects ALL religions and we do NOT deserve to be represented by a bigoted coconut.”

Following the anti-Semitism scandal, Labour promised to take a zero tolerance approach to racism. They responded to Mr Bailey’s claims by attacking the Tories.

A Labour Party spokesman said: “Labour does not tolerate racism of any kind. We won’t take any lessons from the Tories who deliberately targeted Diane Abbott in their negative general election material.”

London Assembly Member Keith Prince commented: “Appalling abuse from Labour members to [Mr Bailey]. Anyone involved should be kicked out of the Labour Party.

“The list of vile, racist abuse that [Mr Bailey] has received from Labour supporters is shocking.”

Home Secretary Sajid Javid said he received similar racist abuse from Labour supporters and left-wingers when he got the job earlier this year, replacing Amber Rudd.