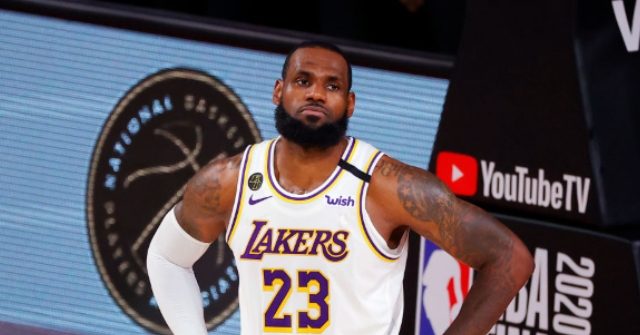 Then he just doesn’t want to talk.

In an interview with the New York Times, James was asked about his “More Than a Vote” campaign to increase turnout in black communities and how that might impact his interactions with President Trump. James was clear, that he “damn sure won’t go back and forth with that guy.”

The comment is a bizarre one for James. Yes, he tends to not go “back and forth” with anyone. Though, Trump is obviously not just “anyone.” He’s the most powerful man in the country and in the unique position of having the ability to influence or initiate much of the change James would want to see. Moreover, whether it’s Kim Kardashian or Kanye West, Trump has shown a willingness to meet with celebrities from outside the political world.

Surely, Trump would more than entertain the idea of sitting down with the country’s most popular athlete.

However, like James says, he doesn’t interact with anyone. So, maybe he’s not good at debate and perhaps he’s better off not engaging with Trump.