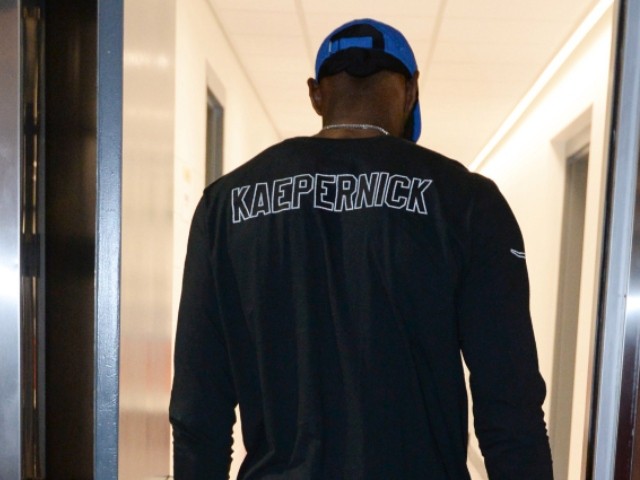 When reporters asked James about the shirt, he replied, “I support Kaep. I’ve always supported Kaep and what he stands for and what he believes in,” the New York Post reported.

.@KingJames weighs in on why he wore a @Kaepernick7 shirt before his game Thursday. pic.twitter.com/O5QDrqn8o6

The support is nothing new. James has backed Kaepernick many times in the past. In September, the Lakers star told ESPN that he supports Nike’s “Just Do It” ad featuring the former NFL quarterback. “I stand with Nike, all day, every day.,” James said of the Kaepernick ad.

In November of 2017, James also told the media that he thinks Colin Kaepernick was being “blackballed” by the NFL.

James even came out as an early supporter for Kaepernick’s protests during the playing of the national anthem when in 2016 James said he respected and agreed with the NFL player’s actions.