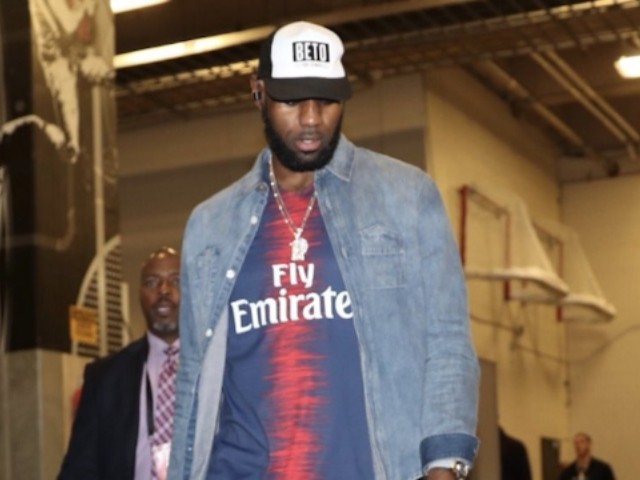 The Lakers tweeted a pic of James (upper left corner) making his entrance into the arena, with a hat that read: “Beto for Senate:”

According to the Hill:

The show of support for O’Rourke arrives as the Texas Democrat continues to draw national attention as he seeks to unseat incumbent Republican Sen. Ted Cruz in the Texas Senate race.

This is not the first time the athlete has offered the Democrat public support, however. In late August, the NBA star praised O’Rourke for a video featuring the political candidate defending NFL players who kneel during the national anthem.

In the 4-minute video, O’Rourke said he ‘can think of nothing more American’ than the protests, which he said were meant to bring attention to African-Americans who are ‘being killed at a frightening level right now, including by members of law enforcement, without accountability and without justice.’

At the time, James called the video a ‘must watch’ and saluted the Democrat for his ‘for the candid thoughtful words.’

James has supported Democrat candidates in the past. Most notably in 2016, when he campaigned for then-Democrat presidential nominee Hillary Clinton.