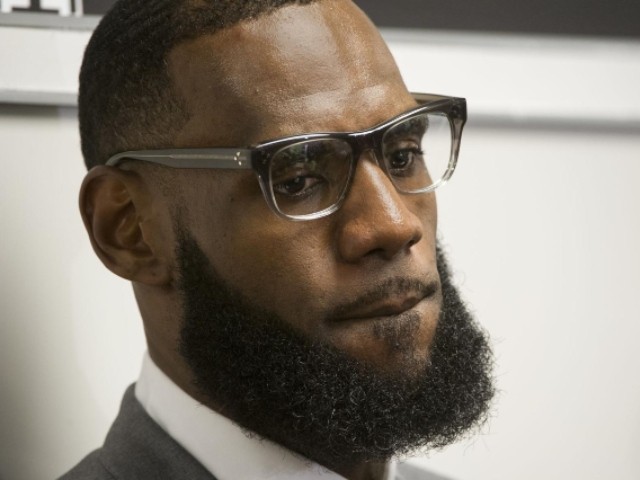 On his HBO Sports series The Shop, L.A. Lakers forward LeBron James called the NFL’s owners as a bunch of “old white men” and accused them of acting like slave masters.

James made his accusation on an episode of The Shop, which aired on Friday on HBO, the Washington Post reported.

“In the NFL they got a bunch of old white men owning teams and they got that slave mentality,” James said kicking off the conversation. “And it’s like, ‘This is my team. You do what the f— I tell y’all to do. Or we get rid of y’all.’”

The basketball player with an estimated net worth of $440 million was speaking with his long-time business partner Maverick Carter, L.A. Rams player Todd Gurley (who’s estimated net worth is $15 million), and rapper, actor and Louis Farrakhan acolyte Ice Cube.

James went on to say how proud he is that the National Basketball Association is more woke than the NFL and praised NBA Commissioner Adam Silver. “He doesn’t mind us having … a real feeling and to be able to express that. It doesn’t even matter if Adam agrees with what we are saying, he at least wants to hear us out. As long as we are doing it in a very educational, non-violent way, then he’s absolutely okay with it,” James continued.

James then insisted that the NFL does not care about its players.

“The players are who make the ship go. We make it go. Every Sunday, without Todd Gurley and without Odell Beckham Jr., without those players, those guys, there is no football,” James exclaimed. “And it’s the same in the NBA. … The difference between the NBA and the NFL: the NBA [cares about] what we believe [players] can be, the potential. In the NFL, it’s what can you do for me this Sunday or this Monday or this Thursday. And if you ain’t it, we movin’ on.”

James ended the segment claiming that he and his fellow NBA players are “non-violent” in their protests and activism.

“I am very educated about what I believe in and I’m not doing it in a violent way,” James concluded. “I’m not knocking on your door saying, ‘Listen, I’m kneeling today and if you don’t kneel with me, I’ll knock you the f– out.’ But you know people go crazy when things are done outside the box. People don’t know how to react.”