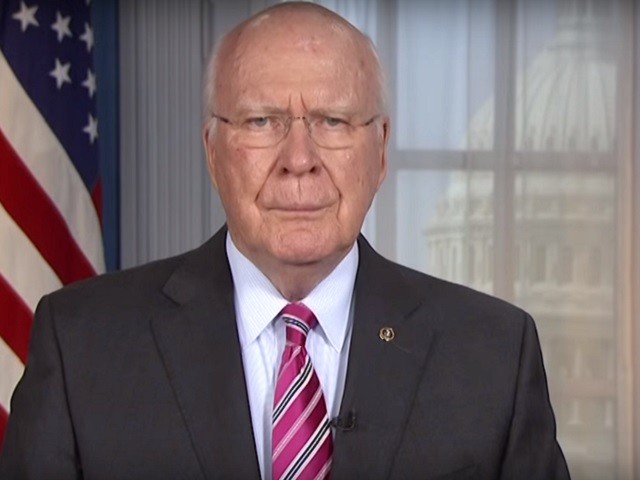 “The American people just witnessed an unprecedented week of Supreme Court hearings for President Trump’s nominee, Judge Brett Kavanaugh. Now I have been in the Senate for 44 years, that’s a time that includes 19 nominations to the Supreme Court — more than any other sitting Senator. And I do not use the word unprecedented lightly. Unfortunately, it was unprecedented for all the wrong reasons.

This was the least transparent confirmation process I’ve ever seen. Senate Republicans blocked the American people from seeing more than 93 percent, that’s 93 percent, of Judge Kavanaugh’s record during his five controversial years in the Bush White House. Of the small fraction we’ve seen, Republicans, without justification, have kept us from sharing nearly 190,000 pages with the American people. And then on top of that, President Trump asserted executive privilege to hide an additional 102,000 pages from the Senate and the American people – that is unprecedented. And the White House hasn’t even released a privilege log so we don’t even know what they’re withholding. Reasonable Americans watching this should wonder: What are they hiding?

Judge Kavanaugh’s conception of the Constitution itself is deeply troubling; his lack of candor during the hearing only exacerbated my concerns. The documents that Senate Republicans have been withholding from the American people could help cast significant light on what we already know about Judge Kavanaugh’s troubling legal views. As a judge, for example, he has argued that all regulations on guns are effectively unconstitutional, unless they were in effect when the Constitution was drafted. Of course at that time, that was an age of muskets, not military-style assault weapons favored by mass shooters today. And as a White House staffer, Judge Kavanaugh coached controversial conservative nominees, coached them to provide vague, meaningless assurances to the Senate regarding Roe v. Wade. Well, last week, he followed his own blueprint; he dodged questions about whether the Constitution protects a woman’s right to reproductive care. The same week that a federal court was hearing oral arguments in a case that would erode vital health care protections, Judge Kavanaugh dodged a question on whether he would promise to uphold pre-existing condition protections as constitutional by saying he couldn’t ‘give assurances on a specific hypothetical.’

And, you know, of unique interest to a President who is increasingly fixated on his own legal jeopardy and problems, Judge Kavanaugh has taken the unorthodox position that Presidents should not be burdened with either criminal or civil investigations while in office. Perhaps knowing that President Trump would be watching last week, Judge Kavanaugh artfully avoided providing any real answers than would walk back his unbridled views on executive immunity and power.

I have never been more concerned about a Supreme Court nominee’s basic willingness and unwillingness to be truthful under oath. Judge Kavanaugh repeatedly testified that during his time in the Bush White House, he never had reason to believe he was benefiting from information that had been stolen from Democrats. But he repeatedly received information clearly marked ‘highly confidential’ and even one e-mail with the subject: ‘spying’, this from a Republican aide behind one of the biggest thefts in Senate history. A scandal in which Republican aides on the Senate Judiciary Committee stole 4,670 files from six Democratic senators, including myself. Documents show that his testimony was almost certainly false.

Now Judge Kavanaugh also testified that he was never personally involved in the highly controversial nomination of Judge William Pryor, who called Roe v. Wade a constitutional ‘abomination.’ Well, the documents show that too was false. And Judge Kavanaugh testified that he had ‘heard nothing at all’ related to the NSA’s warrantless wiretapping program of Americans until the press exposed it, and he said he never worked on policies related to detainees. Again, documents strongly suggest that this testimony was clearly misleading. You know, candor speaks to a person’s character. And nothing is more important than character than when that individual seeks to shape Americans’ lives for a generation or more with the mere stroke of a pen.

With so much at stake, Americans are right to be deeply concerned about this nomination. The confirmation process has been woefully inadequate. Republicans have abandoned basic standards of transparency well-established by our committee. They treated last week’s hearings more like a coronation than a constitutionally-mandated vetting. Judge Kavanaugh’s candor – and therefore his character – is seriously in question. And his constitutional views are downright extreme.

Like we did last week, Senate Democrats will continue to make our voices heard during this confirmation. And we count on Americans to do the same. We need to speak up, before it is too late, to defend the integrity of our nation’s highest court. Only nominees of unquestioned character and forthright candor should sit on the Supreme Court, and Judge Kavanaugh threw both into question during last week’s hearing.

We must protect women’s constitutional rights, vulnerable individuals with pre-existing conditions, protect the rule of law from a president who acts like he’s above it, and the hard-fought rights of millions of hard-working Americans. With so much on the line, remaining on the sidelines is simply not an option. Democracy, especially in moments like these, is not a spectator sport.”