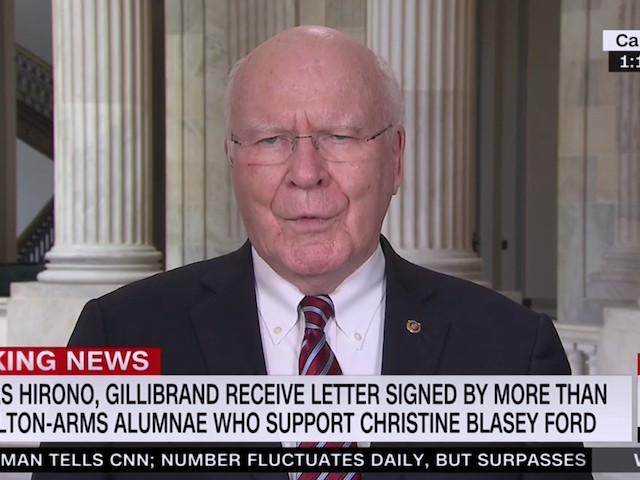 Thursday on CNN’s “Wolf,” Sen. Patrick Leahy (D-VT) said Republicans in the Senate rushing through the confirmation of Supreme Court nominee Judge Brett Kavanaugh in light of the sexual misconduct accusations by Professor Christine Blasey Ford “makes you wonder what else are they trying to hide.”

He continued, “This rush to judgment makes you wonder what else are they trying to hide. The only reason for rushing it is if you don’t want other facts to come out. We are talking about lifetime appointment. An extra week or two weeks to do it, right? All Americans are affected, not just the Republican leadership and the Senate, but all Americans. Let’s take two or three weeks and do it right. Let’s get it done right. The doctor should be heard, but not in a partisan fashion that the Republican leadership set up. She should be heard in a clear way with a clear investigation.”