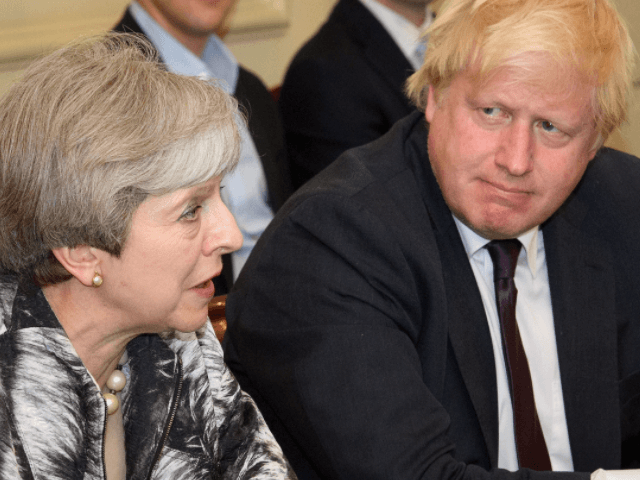 Boris Johnson has issued his strongest challenge to Theresa May to date, branding her Chequers plan “deranged” and “preposterous” before declaring: “Unlike the Prime Minister, I campaigned for Brexit… I believe in it”.

In his first newspaper interview since resigning from the Cabinet over the Chequers blueprint for a ‘Soft Brexit’ — which would, he believes, render Brexit Britain an EU “vassal state” — the former Foreign and Commonwealth Secretary reiterated his warning that the May plan “surrenders control”.

He was particularly vocal on the esoteric but much-discussed topic of the Northern Irish ‘backstop’ — a proposal to keep the British province of Northern Ireland as well as the rest of the United Kingdom inside the EU’s Customs Union, if this is the only way the border between Northern Ireland and the Republic of Ireland can be kept free of customs checkpoints.

“I remember going in to see [Theresa May] and her advisers and being absolutely reassured that [the backstop] was just a form of words that was necessary to float the negotiations off the rocks,” recalled Johnson.

“What has happened is that the issue has been allowed to dominate in a way that we were expressly promised would not happen.”

Asked by his Sunday Times interviewer what he thought about Theresa May’s suggestion that people who did not back her Brexit plan were simply playing politics with the issue, the former two-time Mayor of London bristled: “Well, unlike the Prime Minister, I campaigned for Brexit,” he said.

“Unlike the Prime Minister, I fought for this, I believe in it, I think it’s the right thing for our country and I think that what is happening now is, alas, not what people were promised in 2016.”

Johnson also appeared to attack her policy platform as excessively left-liberal, warning that the Tory Party should not “caper insincerely on socialist territory.”

“On the domestic agenda, for me Brexit should be part of a really self-confident and glorious campaign to revitalise the UK economy, invest in infrastructure, invest in housing, invest in skills for young people,” he added.

One of the more striking infrastructure projects he backs is a bridge linking Northern Ireland to the wider British mainland via Scotland.

“What we need to do is build a bridge between our islands. Why don’t we? Why don’t we?” he asked insistently.