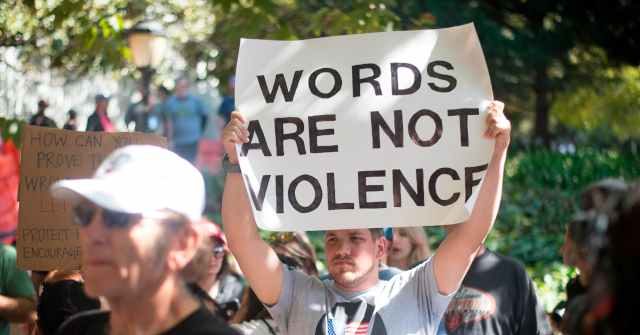 Breitbart News reported last week that the Supreme Court of the United States struck down a federal prohibition on trademarks that are “immoral or scandalous.” The case centered on a clothing brand named “FUCT” that was seeking trademark registration.

According to a column by Banzhaf on ValueWalk.com, the recent Supreme Court decision will make it difficult for universities to enforce speech codes that censor language based upon a subjective sense of morality.

Banzhaf argues that the recent decision will allow organizations like the Foundation for Individual Rights in Education (FIRE) to sue universities that shut down speech based on morality.

Now, in addition to attacking speech codes because they are vague and overbroad, groups such as FIRE, Speech First, and others can seek legal action because the codes are so often viewpoint based; prohibiting, for example, only words which “denigrate” the university’s “sense of rectitude and morality,” or offend its “inclusion” policies.