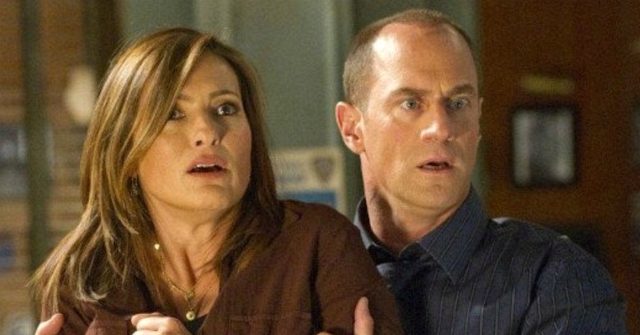 Craig Gore, the writer of NBC’s Law & Order spinoff was fired after he reportedly threatened to “light up” violent protesters causing chaos in West Hollywood.

Gore apparently posed for a photo with a “large weapon” in a now-deleted Facebook post. Screenshots of the photo purportedly show Gore writing “curfew,” and adding, “Sunset is being looted two blocks from me. You think I won’t light motherfuckers up who are trying to fuck [with] my property I worked all my life for? Think again…” Gore’s post was shared on Twitter and reported by TheWrap and The Hollywood Reporter:

Ayy @Chris_Meloni your new showrunner is a proud boy pic.twitter.com/FUb8NYc7aW

Law & Order creator Dick Wolf reacted to the Gore’s apparent post by firing him, saying “I will not tolerate this conduct, especially during our hour of national grief. I am terminating Craig Gore immediately.”

Chris Meloni, longtime Law & Order SVU star for whose character Gore was writing a new spinoff show, reacted to Gore’s firing in a tweet, “I have no idea who this person is or what they do.”

Matt Olmstead is my Showrunner

I have gotten no word on ANY hirings

I have no idea who this person is or what they do https://t.co/Mtik40kij7

Rapper and actor ICE T — a longtime star of Law & Order SVU — chimed in on Gore’s firing, too, praising Dick Wolf for being a “Big Boss” and expressed “RESPECT” for his actions.

The National Guard was on the ground in Los Angeles, Santa Monica, on Monday after the city has been under siege by looters and violent rioters. LAPD officers were fired on over the weekend, according to sources who told Breitbart News the officers did not fire back at their attackers. The city and county of Los Angeles imposed a curfew on Sunday after vandals, arsonist, and rioters laid waste to the city.