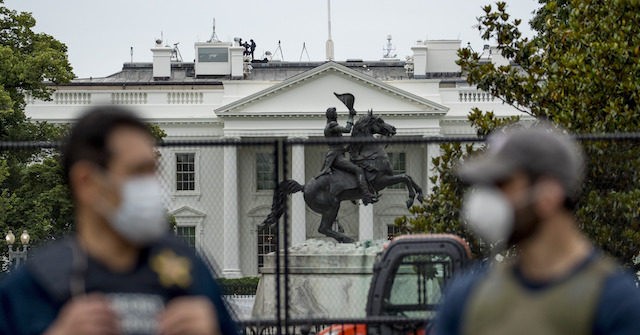 A new fence is up around Layfayette Park, which borders the White House to the north, and has been the scene of the most intense protests. pic.twitter.com/uZj8Rj1Lc3

Overnight, a new higher security fence was added to the park outside the White House pic.twitter.com/e7Vzb5zzkb

But law enforcement officers appear to have had enough.