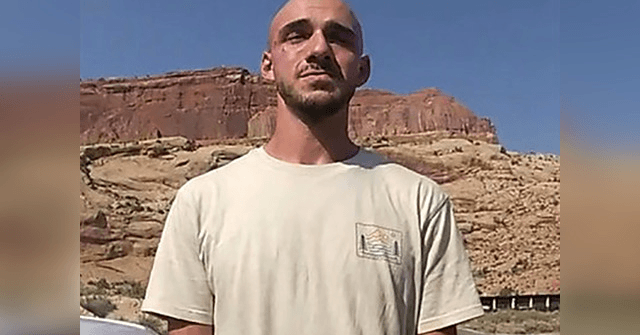 Brian Laundrie’s attorney confirmed his client camped at Fort De Soto Park with his mother Roberta, 55, and father Christopher, 62, from September 6 through September 7.

“They all left the park,” the Laundrie family attorney Steven Bertolino said September 28, according to a Fox 13 report.

The Fort De Soto Park in Pinellas County, Florida, is 75 miles from the Laundrie home and is where Duane Chapman, better known as ‘Dog the Bounty Hunter,’ has been searching around for clues.

Many speculate that Laundrie’s parents helped their son disappear after he came home from a cross-country trip on September 1 without his fiancee Gabby Petito. “Well, 50 percent of the time the parents know exactly where they’re at, 35 percent the parents help,” Chapman explained in an interview with Dr. Oz. “So many parents I’ve interviewed ‘I have no idea Dog I swear to god. I swear if it was my baby I’d turn him in.’ After I catch them they’re like ‘Dog I couldn’t. I knew.’”

“They were registered, went through the gate. They’re on camera. They were here,” Chapman said to Fox News on Monday. “We think at least if he’s not here right now, we are sure he was caught on camera as he went in the gate.”

“There’s a lot of little islands around the area where we’re at that he could get to on a canoe. We talked to the caretakers today of the islands, they said he could be out here,” Chapman told Fox on September 27.

As of Wednesday, September 29, Chapman had been aboard a boat with his teams scouring the coastline and rivers around Fort De Soto Park for any sign of Laundrie according to a report from the DailyMail.

“He’s working on very strong leads today,” Jennifer Willingham, a spokesperson for Chapman, indicated to DailyMail. ‘This could very well be the last day of the hunt to apprehend Brian Laundrie.”

“He’s been using a boat,” she told Daily Mail. “But we don’t want other folk piling in with their boats in the area. He’s following specific information.’