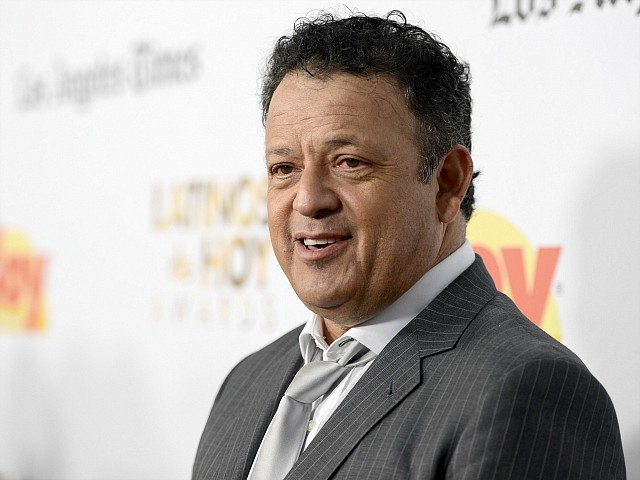 Speaking to TMZ outside the Laugh Factory, the iconic comedy club on the Sunset Strip, Rodriquez was unapologetic about his support for the administration and said he welcomes differences of opinion about politics.

“If you disagree with me, it doesn’t mean we can’t be friends,” the Mexican funnyman said. “I received some cowards threatening my life. It’s sad that people think like that when you disagree with their politics.”

The a.k.a Pablo star said he is facing blow back after praising President Trump’s border policies in an interview with TMZ earlier November. “I agree that America should protect its borders,” Rodriquez told the outlet at the time, before boarding a flight at LAX for South Korea. “You can’t let everyone in.”

Fast forward to last week, Rodriguez said of his initial interview voicing support for the president: “Even as I did that interview I knew it’d have repercussions … but I stand by what I say.”

The funnyman, who heads up the California Latino Water Coalition, chided the Obama administration for ignoring his group’s requests to fix the ever-growing water issues facing the Golden States and said it was President Trump who stepped up with solutions. “We asked Mr. Obama for eight years to come and see about our problem. He didn’t. Donald Trump opened up the water pipes six months ago. I’m not going to be grateful about that?”

In October, President Trump ordered federal agencies to expedite environmental reviews of the major water delivery systems in California, including two of the state’s largest projects on the Klamath and Columbia rivers.

California Republicans praised the move to provide additional water to residents and businesses in much-needed parts of the state. “After years of fighting obstruction from California Senators, this Executive action is a giant leap toward reducing regulatory burdens and improving water deliveries to California’s Central Valley,” Rep. David Valadao (R-CA) said in a statement. “I am proud our efforts have effectuated such substantial progress. With a reliable water supply, we can restore fallowed fields into fertile farmland, put Californian’s back to work, and give all Central Valley families the opportunity they deserve.”