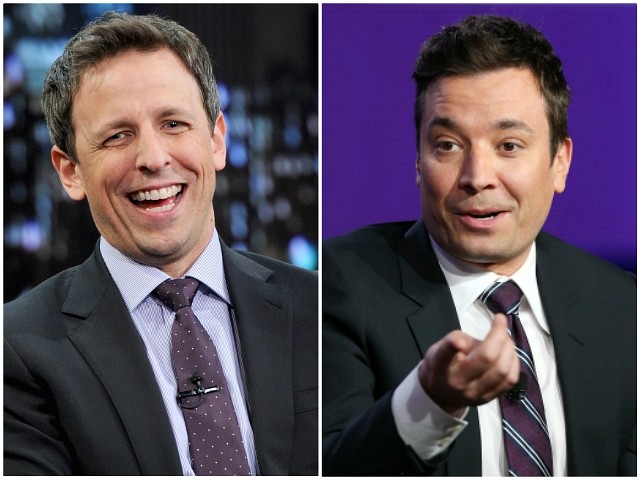 Late-night hosts reacted with characteristic glee at another opportunity to attack the president.
“This is the quote–Stormy’s quote about the president’s junk. It had a–she says it had a huge mushroom head like a toadstool. I lay there, annoyed that I was getting [blanked] by a guy with yeti pubes and a [bleep] like the mushroom character in Mario Kart,” ABC funnyman Jimmy Kimmel said, poking at the president using Stormy’s description of his genitals on Jimmy Kimmel Live!.

“It may have been the least impressive sex I ever had, but clearly he didn’t share that opinion.’ And just like that, I will not eat a mushroom or play a video game ever again. I’m surprised. I figured — I always had Trump tagged as a very patient and tender lover, but anyway, apparently he’s not.”

“The president hasn’t weighed in on Stormy’s memory yet but this morning, he did order Homeland Security to deport the Super Mario Brothers. Stormy also said Trump knows he has an unusual penis. I can’t wait for a reporter to ask Sarah Huckabee Sanders to deny that,” Kimmel also said.

On The Tonight Show Starring Jimmy Fallon, Fallon joked about the “red dots” on Trump’s penis.

“She says it looks like toad from Mario Kart,” Fallon said, showing a photo of the character on screen.

“Can we take a look at Toad? Yeah, I just, people were like, ‘forget the shape, how does he explain the giant red dots?’ I mean, that’s what I’d be worried about,” Fallon said.

Meanwhile, Late Night with Seth Meyers went for a more measured approach, with the NBC host joking, “You might be saying, ‘How dare you make a joke about a penis looking like a video game character.’ That’s the fucking news right now.”

Over on The Late Late Show, James Corden quipped, “Now listen, no matter what your politics are that’s just disrespectful. He’s not the ‘mushroom character’ from Mario Kart. His name is Toad.”

CNN host Jake Tapper dedicated an entire segment to Stormy’s upcoming book, focusing on the description of his penis.

“Lots of books claim to be tell-alls, but they don’t follow through. Stormy Daniels’ new book about her life is not that book. Wow. She tells all,” Tapper said.