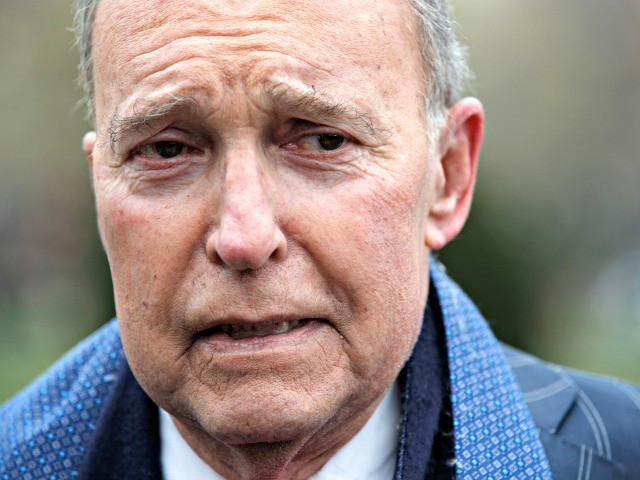 Kudlow said Mnuchin expects to be speaking with House Speaker Nancy Pelosi this afternoon to discuss the new proposal. President Trump had called off negotiations this week when talks stalled amid Democratic refusal to make meaningful compromises.

President Trump said he would support standalone bills that would provide limited and targeted aid, including bills to provide stimulus checks to households and funding for airlines. On Thursday afternoon, however, Pelosi said she would only support aid through a comprehensive bill, reversing her earlier support for a standalone airline bill.

CNBC reported shortly after Kudlow’s announcement that the deal includes $1.8 trillion of new spending. The previous administration proposal included around $1.6 trillion in spending. House Democrats passed a $2.2 trillion bill earlier this month and a $3.4 trillion bill back in May. Senate Democrats blocked a much smaller Republican sponsored bill, that would have spent $650 million, in September.

Kudlow said the proposal would include new aid for airlines, funding for the small-business Paycheck Protection Program, and direct stimulus payments to Americans.

Earlier Friday, Senate Majority Leader Mitch McConnell indicated that he believed it is unlikely any economic rescue legislation will get passed before the election.

“I believe that we do need another rescue package, but the proximity to the elections and the differences of opinion about what is needed are pretty vast,” McConnell said at an event in his home state of Kentucky, according to Bloomberg News.

The CARES Act, which was signed into law in March, authorized a record-breaking $2 trillion in emergency spending. Many of its provisions, however, have expired and the most of funds have been spent, so new legislation is required for additional aid.