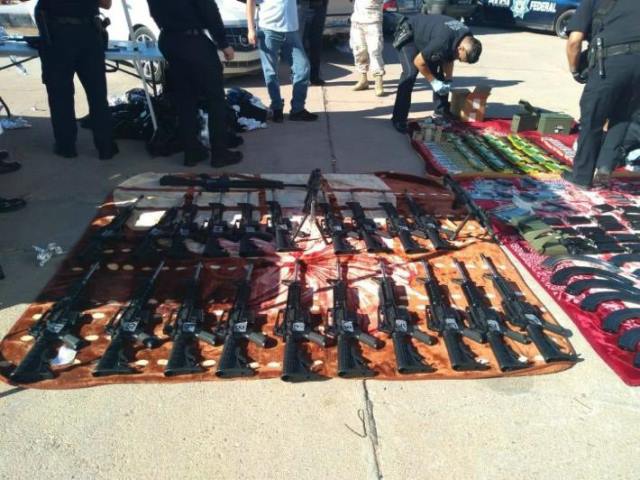 Mexican federal border inspectors manning the port of entry into Nogales, Sonora, conducted a random inspection of a 2003 Chevy Silverado pickup truck with California plates, according to local media. The driver later identified as Alfonso “N,” reportedly attempted to dissuade border officials from conducting an inspection but later yielded. Authorities say they discovered 24-semi-automatic rifles, 112 magazines, and 6,173 various caliber rounds of ammunition concealed within the bed of the truck.

The discovery of the weapons resulted in the deployment of the Mexican Army to assist with the investigation. Sonora is dealing with an escalation in cartel violence. A reported 21 killings were registered in nine days since the new municipal government administration was sworn in to office. The violence is caused by warring cartels seeking dominance over the border state which features direct smuggling routes into Arizona.

On September 14, police discovered seven heads abandoned in an ice cooler in the rural community of Bácum, Sonora. Another five homicides were recorded on September 21, one of which was captured in an audio recording. Additionally, the Mexican Army seized 1,055 pounds of methamphetamine last Friday near the Arizona border, on the outskirts of Caborca.