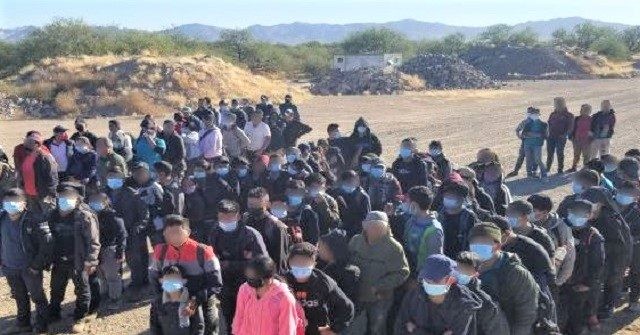 Agents from the Three Points Station encountered the group of 128 migrants near San Miguel, Arizona, Dikman tweeted. He reported the agents identified 81 of the mostly Central American migrants as being unaccompanied minors.

Agents transported the migrants to a central station for processing.

Elsewhere in the sector, Tucson Station agents observed a suspicious vehicle near Sasabe, Arizona. The agents conducted a traffic stop and found seven migrants concealed in the rear seats of the Ford Expedition.

Tucson Station #BorderPatrol agents observed a suspicious vehicle near Sasabe, Arizona. Agents performed a #vehiclestop and discovered seven migrants concealed in the back seats of the SUV. The U.S. citizen driver was taken into custody for smuggling. #GreatWork pic.twitter.com/LFhUmUhhP0

The agents arrested the driver, a U.S. citizen, and transported the migrants to a station for processing.