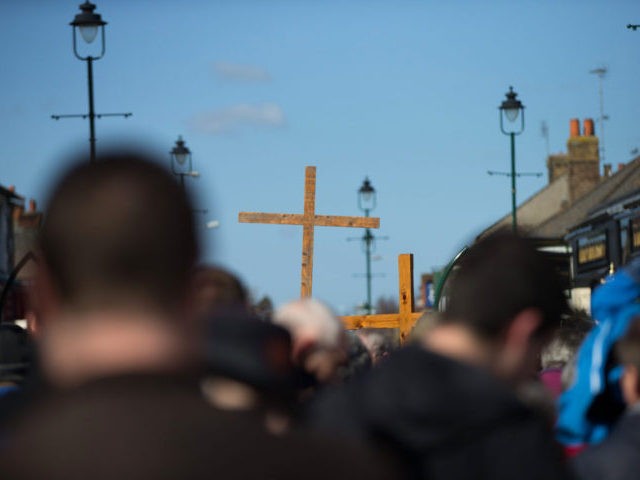 Laos has been tightening restrictions on Christian practice as an unwelcome Western influence, mirroring the situation of other Asian communist nations.

During the Christmas holidays, incidents of arrests, harassment, and censure of expressions of the Christian feast were reported around the country.

After taking the church leaders to the Phin district police station, officers returned to the village and arrested four more Christians and took them to the station as well. The officials later destroyed the stage and sound system at the village church and cut off its power, as well as seizing three cell phones.

Government regulations reportedly only allow Christians to participate in Christmas celebrations in their own village.

“In general, Christians are still restricted in this district,” said an anonymous district official. “They are not allowed to teach from the Bible or to spread their religion to others because Christianity is the religion of the Europeans and Americans.”

In its most recent report, the U.S. Commission on International Religious Freedom (USCIRF) noted that in some parts of Laos, “state and nonstate actors continued to threaten, harass, attack, or arrest Christians because of their faith.”

The communist government of Laos “tightly manages religious groups much in the same way it controls any individual or group it perceives could deviate from the state’s agenda or who expresses dissent or criticism,” the report stated.

In 2018, USCIRF placed Laos on its Tier 2 “for engaging in or tolerating religious freedom violations that meet at least one of the elements of the ‘systematic, ongoing, egregious’ standard.”

In its 2018 World Watch List, Open Doors USA, a Christian watchdog group, ranked Laos as the 20th worst nation in the world for Christian persecution.

Open Doors said that due to the Communist Party’s tight grip on this country, “religion is seen as a hostile element,” and “Christianity, in particular, is considered a Western influence and especially dangerous.”

“The government has recently made efforts to increase the monitoring of illegal house churches with the help of registered churches, resulting in the arrest and detention of Christian believers,” the group said.

The report noted the arrest of believers caught engaging in illegal church activities, or in possession of “Bibles or other Christian literature.” Other Christians have been “threatened, fined or beaten in an attempt to make them renounce their faith.”

Christians comprise about three percent of the population of seven million people in Laos.