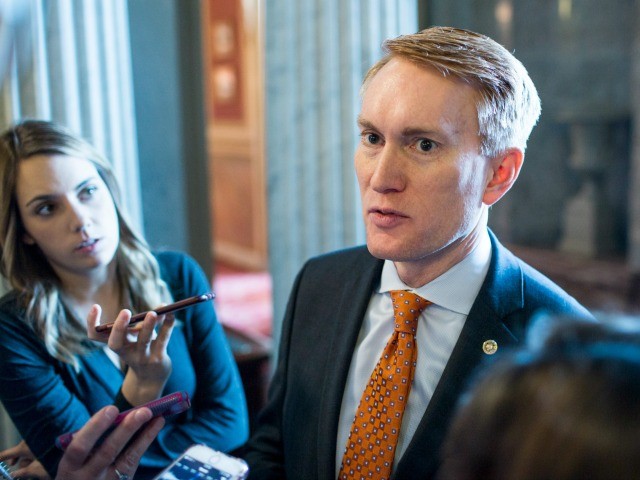 On Friday’s broadcast of MSNBC’s “MTP Daily,” Sen. James Lankford (R-OK), who is part of the group of Senate Republicans helping to craft a police reform plan, stated that there are many pieces of military equipment that it should be prohibited for law enforcement to use.

Lankford stated, “I think there are certain aspects of military equipment that definitely don’t need to be used. There’s no reason to have, for instance, gun mounts on vehicles and such. That would — should never be used in a civilian use. You should never have bayonets and grenade launchers. There’s lots of military equipment that’s not prohibited now that needs to clearly be prohibited in every way. We also need to have a chain of custody. We never want to have a situation where we’ve got some materials, night vision goggles, for instance, I can understand how certain groups of folks within law enforcement, if they’re going in, that they want to be able to have some visibility. And that has a reasonable civilian use. But we never want those to be able to fall into civilian hands as well. So, we’ve got to have a good chain of custody. So, there are areas that we need to be able to resolve, even in that zone.”