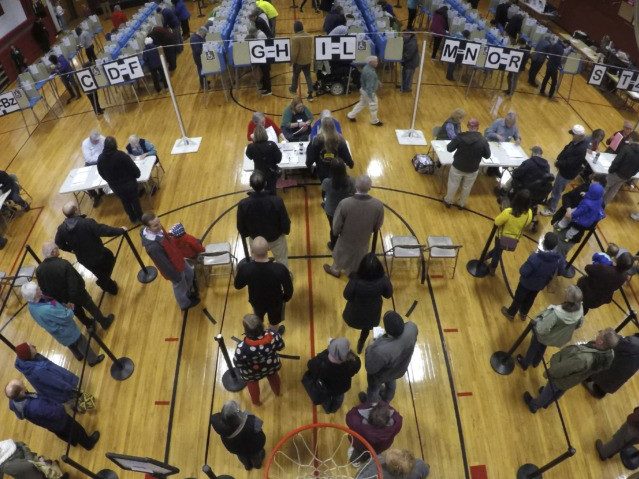 A landlord has shut down a polling station in Arizona’s Maricopa County on Monday evening over a foreclosure dispute, according to state officials.

In a video shared to Facebook, Maricopa County Recorder Adrian Fontes detailed the dispute leading to the station being closed on the eve of the midterm election.

“Last night, apparently the landlord locked the door because the facility we were renting from is in foreclosure, which we perfectly unaware of,” said Fontes. “We’re printing new ballots for the voters and we’re also looking at other alternatives. We’re already in communication with the sheriff’s department.”

“We may just go in and forcibly enter so that we can get all our equipment and serve those voters,” he added. CBS News shared a photo of the landlord’s lien notice taped on the front door of a Chandler building, where Gila Precinct residents were lined up to cast their vote.

AZ MIDTERMS- POLLING PLACE FORECLOSED- VO TUE0161- Polls in Maricopa County and Arizona opened at 6am but some Valley locations are already experiencing issues. Three polling places are currently down, incl in the Gila Precinct in Chandler. The building was foreclosed overnight. pic.twitter.com/8LSP5iykVD

As a temporoary fix, NBC 12 News Reporter Jen Wahl reports poll workers scrambled to set up another voting station for precinct residents in Chandler. Voters also were told they could also cast their vote at Chandler City Hall.

Poll workers hurrying to set up temporary voting location for Gila Precinct in Chandler after landlord foreclosed on building overnight. Voters can now head to Chandler City Hall instead. Drop off mail in Ballots at Praise and Worship Center at 2551 N. AZ Ave Chandler. #12News pic.twitter.com/4jbF2a8Kqd