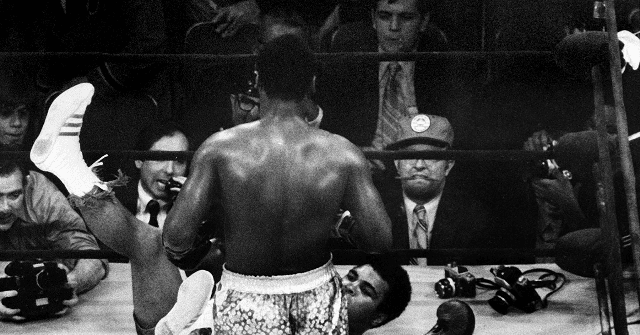 “Good Friday so thinking about Judas who sold out his brother for 30 pieces of silver,” said the Labour MP, who as Lord Chancellor would technically outrank even the Prime Minister if Labour returned to government, on social media.

“Sure many of us can think a Judas amidst us,” he continued. “Keep the faith: ‘There is no Jesus without Judas, no Martin Luther King without the [Ku Klux] Klan; no [Muhammed] Ali without Joe Frazier; no freedom without tyranny’”.

The decision to list the late Frazier, a heavyweight world champion who brought an Olympic gold medal back to the United States from Tokyo, alongside the likes of Judas and the KKK raised some eyebrows, with Nicky Campbell of the BBC remarking: “A bit hard on ‘Smokin’ Joe [to be honest]… What a fighter.”

Good Friday so thinking about Judas who sold out his brother for 30 pieces of silver. Sure many of us can think of a Judas amidst us. Keep the faith: “There is no Jesus without Judas, no Martin Luther King without the Klan; no Ali without Joe Frazier; no freedom without tyranny”

Frazier became world champion while Muhammed Ali, born Cassius Clay, was suspended from boxing for refusing to accept his call-up to serve in the Vietnam War like tens of thousands of other Americans.

The then-Nation of Islam follower claimed “War is against the teachings of the Qur’an. I’m not trying to dodge the draft. We are not supposed to take part in no wars unless declared by Allah or The Messenger” — somewhat dubiously, given the centuries of wars of conquest waged by the Islamic prophet’s successors.

Frazier supported Ali during his exile from the ring, both financially and by petitioning for him to be granted a licence to compete and to be allowed to conscientiously object to war service on religious grounds — but Ali turned on him after he made his return, deriding Frazier as an “Uncle Tom” and “white people’s champion” ahead of their famous ‘Fight of the Century’ in 1971.

Frazier won that bout, flooring Ali with his infamous left hook en route to a unanimous decision victory, but the feud continued for years, with Ali stepping up his rhetoric against Frazier — “He’s the other type of Negro,” he said ahead of their last bout of three, branding him a “gorilla” who worked “for the enemy” — and documentaries shot in the pair’s twilight years suggest Frazier never really forgave Ali for it.