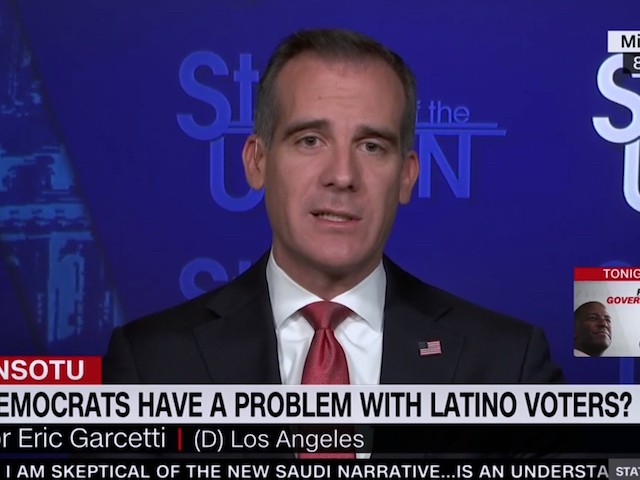 Garcetti said, “We have a hostile president to Latinos in general, to working people in America, been anti-middle class, anti-rules.”

He added, “They think a wall will keep people out when they don’t go to the root of the problem. This is similar to a lot of their policies, let’s get out of a nuclear treaty, let’s do something with North Korea, let’s weaken our alliances, let’s do things that take away our health care. But they don’t have any plans ever to get to root causes or replace what they’re against. That’s worrying. It’s not just an administration whose values are cruel, but it’s also an administration that is absolutely ineffective.”