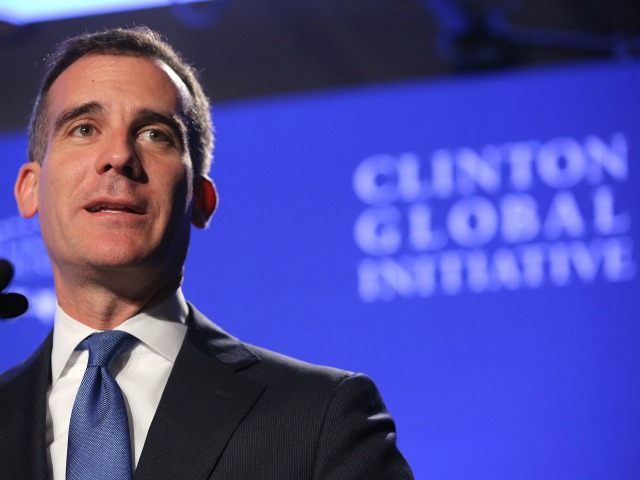 TAPPER: You were screamed at for four hours this week at a town hall on homelessness. Homelessness is nearly up 50 percent in your city since you became mayor, according to the Los Angeles Times. Now there’s a typhus outbreak likely due to the booming number of rats attracted by all the food and human waste on Skid Row and other places. Some critics may be saying why are you campaigning for Democrats in the midterms and traveling when you have this huge crisis in your backyard?

GARCETTI: I think they’re linked together and I welcome a national conversation in Washington, D.C. where you see more homeless per capita, than you see in Seattle, in San Francisco, you see in red and blue cities. We have a a mental health crisis. Mayors can’t avoid that. A lot of people told me never touch the issue of homelessness. I am so passionate about it. People are dying on our streets from opioid addiction. I’m so proud of our voters in Los Angeles who passed two largest matters to combat homelessness. This is what people say is an unsolvable problem and I’m committed to solving it. We’re opening up new beds. Our typhus numbers are about the same as they have been in past years. We are focused on preventing homelessness. We’ve got veterans, kids emancipating from foster care, my wife and i are foster parents. We have folks coming out of sexual violence. To understand homelessness we really do need leadership from Washington, D.C. I’m leading a group of mayors around the country saying we need housing policy, take care of the least among us and a Washington that will listen is absolutely the link between both national politics and local politics.