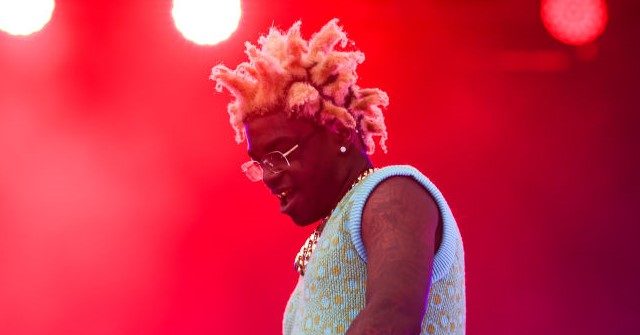 Rapper Kodak Black was shot in the leg outside of an afterparty hosted by singer Justin Bieber in Los Angeles, California, on Friday night.

The rapper, who was one of four people shot, reportedly sustained injuries that were not life-threatening.

A video obtained by TMZ shows a physical altercation among a group of people before the sound of multiple gunshots, which sent everyone running in different directions.

Sources close to Kodak Black told TMZ that the rapper was in L.A. for Super Bowl weekend and attended Bieber’s party, where he had no problems while inside. The shooting incident did not occur until he went outside.

Upon exiting the party, someone in Kodak Black’s group got attacked by an unidentified assailant. The rapper then appeared to throw himself into the scuffle to assist his friend, when suddenly a gunman opened fire.

It remains unclear if the gunman is the same person who initially attacked the rapper’s friend.

Police said that they have a description of the suspect. No arrests have been made just yet.

Bieber had performed at the Pacific Design Center in West Hollywood and reportedly had an afterparty nearby, at The Nice Guy in Los Angeles. His guest list included actors Leonardo DiCaprio and Tobey Maguire, rapper Drake, Kendall Jenner, and Khloe Kardashian.

Kodak Black — whose real name is Bill Kahan Kapri — was among those who received a pardon from President Donald Trump last year.

That following month, the rapper offered to pay the college tuition for the children of two FBI agents who were shot dead in Florida while trying to serve a search warrant on a child pornography suspect, stating that he knows what it’s like to grow up with a single parent.

In September, Kodak Black donated $20,000 to a two year girl of a Fort Lauderdale police officer, who died from complications related to the Wuhan coronavirus.

The rapper also praised President Trump last year in an interview with TMZ, in which he showed off his autographed “Make America Great Again” hat and called the former president “a real one,” adding, “Trump know what’s up.”

Kodak Black is one of the latest victims of Los Angeles’ crime wave that has been plaguing the Democrat-controlled city in recent months, with homicides, violent crimes, and gun violence all up.