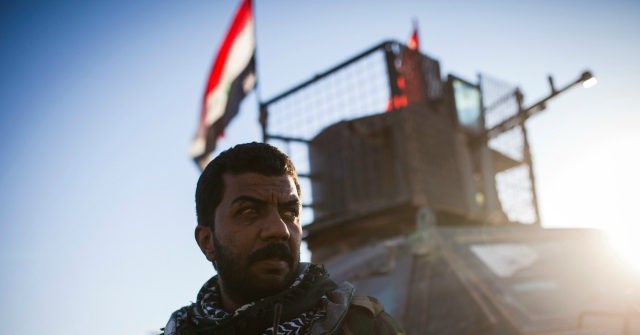 At least four rockets landed in the vicinity of Gazna village, located near the airport of Erbil, the capital of the Kurdistan Region, Kurdish news agency Rudaw reported.

“Two of the rockets did not explode and fortunately they did not cause any casualties,” the CTD said in a statement.

The six rockets were launched between Sheikh Amir village and Tarjla village in Bartella, a village about 40 miles west of Erbil, the KRG’s Interior Ministry said in a statement late Wednesday.

“This area is controlled by Hashd al-Shaabi’s [PMF’s] 30th Brigade. Our special teams are seriously investigating in order to obtain more information,” the CTD said.

The PMF is a coalition of mostly-Shiite militias “dominated by Iran-backed groups,” according to Radio Free Europe. The Iraqi government legalized it as a wing of the armed forces during the fight against the Islamic State in the last decade.

Gazna is located near a Democratic Party of Iranian Kurdistan (KDPI) base, according to Rudaw. The KDPI is a Kurdish opposition group to Tehran. KDPI tweeted Wednesday, “Officially confirming that a rocket landed near their headquarters,” according to the news agency. A senior KDPI official later told Rudaw that his group did not sustain any casualties in Wednesday’s rocket attack.

Rogue armed groups, including the Iran-backed militias, have frequently targeted international sites in central and southern Iraq recently, but “the attacks had not reached the Kurdistan Region until Wednesday,” according to the report.

The U.S. has indicated that it might close its diplomatic mission in Baghdad if the attacks are not halted.

“We can’t tolerate the threats to our people, our men and women serving abroad,” David Schenker, U.S. Assistant Secretary of State for Near Eastern Affairs, told reporters at a press briefing in Washington on Thursday.