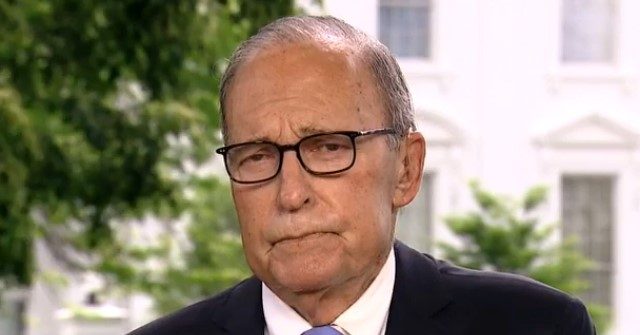 Kudlow acknowledged on Fox News Channel’s “America’s Newsroom” the “growing concerns” and the increased cases but said more testing is available now than ever. According to Kudlow, officials do not expect to shut down the economy again because the additional cases do not mean “a second wave.”

I understand the growing concerns, and we are going to have these concerns for a while, but I have been in touch with our health experts, actually each of the last for five days, including this morning. These are relatively small bumps. They are there. I am not denying it. You’ve got places like South Carolina, North Carolina, Florida and Texas, some in California. Please don’t forget we are testing add 100 times the rate we were a couple of months back in March, so you are bound to uncover a lot more cases. I think it’s very important to note, however, with respect to the positivity and the new cases, the totality rates remain very low. And in fact nationwide, if you take a look at the case rate and you take a look at the fatality rates, they are still running basically around zero to 1%.”

He continued, “I do not want to downplay or argue against the fact that it’s happening, but I think it is something we have to get used to. I think it is controllable. We have better equipment. We have much more experience in handling these hot spots, small metropolitan areas. We are not intending to close down the economy. We do not believe this is a second wave.”

Kudlow added there is no inclination from the president or vice president to shut down the economy again to battle a second wave, saying it “could be worse” for the United States.