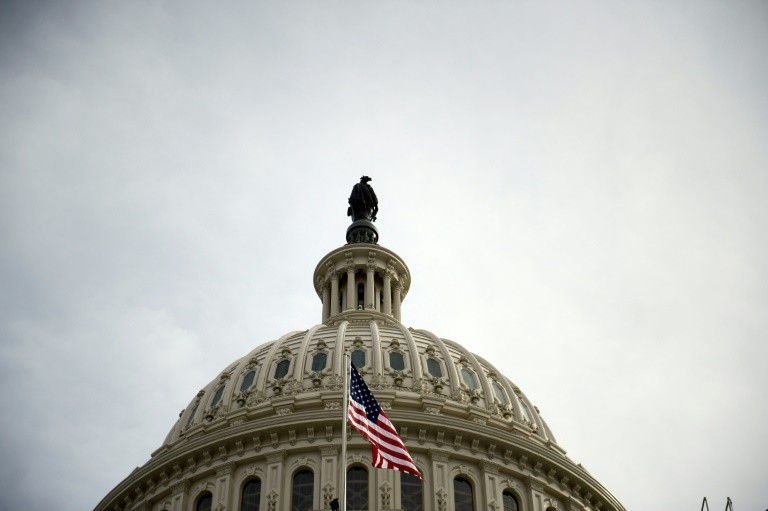 With a week to go until the all-important first midterm elections in President Donald J. Trump’s presidency, the question of which party will control the majority in the U.S. House of Representatives at the beginning of 2019 heading into Trump’s re-election bid in 2020 is as unclear as ever.

Different ratings services and analysts–even betting oddsmakers–score the race for the control of the House between the Republicans and the Democrats differently. The latest analysis from RealClearPolitics, which averages the latest polls to get to its rating, puts the battle currently at 200 seats for the Republicans and 205 seats for the Democrats with 30 seats rated as toss-ups. To win a majority, either party would need to win 218 seats or more.

But Nate Silver’s FiveThirtyEight rating service gives the Democrats a six in seven chance of taking the House, while Republicans under this metric only get a one in seven shot at holding their majority. Larry Sabato’s University of Virginia Center for Politics’ Crystal Ball ratings service, just a few days ago, explained that Republicans certainly have a chance of holding their House majority.

The Center for Politics wrote in a post explaining its measuring of races now:

Our new Crystal Ball House ratings reflect 212 seats rated Safe, Likely, or Leaning Democratic, 202 Safe, Likely, or Leaning Republican, and 21 Toss-ups. Democrats would need to win everything at least leaning to them and six of the remaining Toss-ups to win a majority. As we assess the Toss-ups right now, we’d probably pick half or more to go Republican, and some of our Leans Democratic rated races may very well be too bullishly rated for Democrats. Combine those two factors, and one can see why we have not shut the door on the Republicans’ chances of narrowly holding the House. On the flip side, the Democratic path is easier, and the long Leans Republican column, in addition to Democrats only needing about a third of the Toss-ups, gives Democrats a lot of different avenues to the majority.

Meanwhile, oddsmakers are split on the matter too. On Paddy Power, one such online site that allows users to bet on election outcomes, odds narrowly favor Democrats taking the House majority–at 4/6–over GOP chances of holding at 5/4. But on MyBookie, another such service, the odds favor the GOP holding the House slightly–where a bet of $140 in favor of the GOP holding the House would pay winners $100, but a $100 bet for the Democrats taking the majority would pay winners $110.

“Well, so the odds are favored [for Republicans] to hold it at -140 which means you have to put up $140 to win $100,” David Strauss, an analyst and oddsmaker for MyBookie, said on Breitbart News Saturday on SiriusXM Patriot 125 this weekend. “The Democrats are the underdog. We are the only website on the internet offering the odds like this. Everyone else has it reversed. The reasoning behind it? I just don’t buy into the polls. I don’t buy into the news–I think the red wave will continue, just like 2016 when no one thought that Trump or the Republicans would get the win.”

Strauss said there have already been more than $100,000 in bets cast so it would be costly for MyBookie if he is wrong–real money is on the line here.

“That’s the risk I’m taking,” Strauss said. “If I’m wrong, it will hurt us dearly. My opinion is yes, they [Republicans] will hold the House, the polls will once again be wrong, and we will see the red wave continue.”

LISTEN TO DAVID STRAUSS OF MYBOOKIE ON BREITBART NEWS SATURDAY:

Everything rides on which party takes control of the House on Nov. 6. If the Republicans hold their majority, President Trump gets a huge–and unexpected–win, while the GOP defies historical trends. If the Democrats take control, they can stall Trump’s policy agenda with a series of investigations, gaining subpoena power and majority control of at least a half of Congress thereby allowing them to hold up must-pass legislation for their own ends.

Both sides, though eerily quiet to start the final week of campaigning seemingly in an effort to not make any crucial mistakes seeing how close it is, understand just how important these elections are–and both sides have been doing everything in their power to win on Nov. 6. Democrats have spent the last two years brooding over their loss in the 2016 election to Trump at the top of the ticket, but down-ticket in key Senate and House races as well, plotting a return to power for former Speaker and current Minority Leader Nancy Pelosi. Elements of the so-called “resistance” to Trump on the left have attempted to derail key elements of the president’s agenda, including tax cuts, healthcare reform aimed at fixing the mistakes of the previous President Barack Obama’s Obamacare, enforcement of immigration law, and confirmation of key administration posts and Supreme Court Justices and other judges. In some places, like on healthcare or the appointment of Ronny Jackson to head the Veterans Affairs administration, the leftists have succeeded. On others, like the appointment of Brett Kavanaugh as an Associate Justice on the U.S. Supreme Court or tax cuts, the leftists in the resistance has failed.

For months over the beginning of 2018, Republicans worried that the GOP base was not awakened to the possibility of a sweep by Democrats into the House majority. All Democrats need to return the Speaker’s gavel to Pelosi’s hands is a net gain of 24 House seats on election day–not, when the other party is in power, by any means a “wave” election. Republican base voters, so distrustful of the establishment media and the political class, did not believe for a long time there was anything to worry about–until such time as the Kavanaugh hearings emerged.

When Kevanaugh came under scrutiny over allegations that were made against him without evidence and for which there was no corroboration, top GOP officials say that Democrats betrayed their true agenda to the American public, letting the mask slip and showing the country who they really are and what they really intend to do should they regain power.

“The first thing I’m seeing is a Republican base that finally understands what’s at stake on Nov. 6,” Andy Surabian, a senior adviser to Donald Trump, Jr., and former Trump White House and campaign official, said on Breitbart News Saturday this weekend. “I think for a while Republicans–as Don, Jr., likes to say–we were kind of, we were fat and happy. We were getting everything that we wanted out of the president, we were getting stronger border enforcement, we got our tax cuts, we were getting regulatory rollback. We had a lot of reason to be happy, and when you’re happy that often breeds complacency but luckily for us over the last month or month and a half, I think the actions of those on the left, the actions of their toadies in the mainstream media, have painted a clear picture for every Trump supporter in the country about what truly is at stake on Nov. 6 and what’s at stake for those that don’t know is the future of the Trump presidency.”