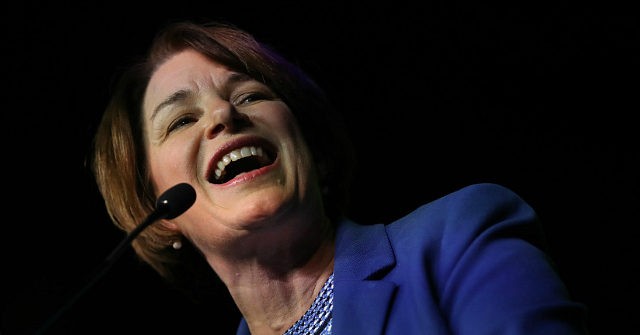 Host Ali Velshi asked, “You are from Minnesota, and you are on the Agriculture Committee, just in the last hour I spoke to a conservative economist who said that while farmers are suffering because of the trade war, the amount of subsidy they get from the federal government allows them to justify continuing to support the president in these trade wars. What’s your take on that?”

Klobuchar said, “My take is that the farmers I know, they just want to make a living. They know very well is the more their soybeans sit at their farms, or they are unable to sell goods to market, the more those contracts are going to farmers in other countries and foreign lands. It’s going to be harder and harder. They can’t just get those contracts back in a month. So they’re long-term viability. We have had more and more farm bankruptcies, especially for the small farmers. So my focus as a senior member of the Agriculture Committee and my focus as president will be to make sure that we keep our food supply in America. We do that with a special focus on our small farmers.”

“I have a very strong track record of making sure these payments aren’t going to the Beverly Hills 90210 area code that they are going instead to our small farmers,” she continued. “And then making sure that if we’re going to push on trade which we should do that we’re no this president has done, or we can call it a tweet cleaver. But instead that we are focused on targeted tariffs and targeted trade policies that are really going to make a difference. That’s what I’m concerned about what’s going on in the Midwest. I am someone that’s won in those red districts. I have won in 42 of the counties that Trump won in my state. I think the farmers want to make a decent living and they want someone who can look them in the eye and tell them the truth. They don’t always agree with but tell them the truth. That’s something that this president rarely does.”