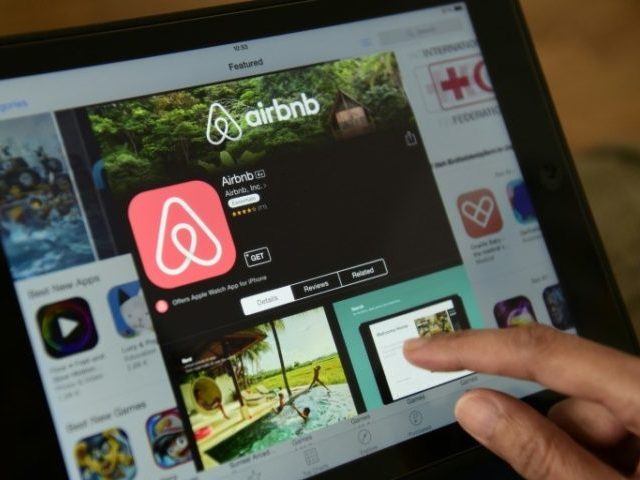 Airbnb has fueled the anti-Semitic Boycott, Divestment and Sanctions (BDS) movement by announcing on Monday that it will cease to list Israeli homes in the West Bank.

In singling out Jewish West Bank homes for boycott, Airbnb’s disgraceful decision not only promotes anti-Israel charges but will work to further strengthen Palestinian intransigence and the larger war to delegitimize the Jewish state.

Airbnb said the company “concluded that we should remove listings in Israeli settlements in the occupied West Bank that are at the core of the dispute between Israelis and Palestinians.”

It made the decision after a fierce campaign waged against Airbnb by the extremist BDS movement and its anti-Israel allies.

In its statement, Airbnb refers to the West Bank, areas where Jews have had an historic presence for thousands of years, as “occupied territories,” implying that Israel stole the land from the Palestinians.

Israel opposes the “occupied” label, and has referred to the land in international forums as disputed. The framework for all previous peace proposals (each of which was rejected by the Palestinian Authority) never called for an entire Israeli evacuation from the West Bank.

Palestinians never had a state in the West Bank and they are not legally recognized as the undisputed authorities in those areas. Jordan illegally occupied and annexed the West Bank and eastern Jerusalem from 1948 until Israel captured the lands in a defensive war in 1967.

The 1967 Six Day War was launched after Arab countries used the territories to stage attacks against the Jewish state. In 1988, Jordan officially renounced its claims to the West Bank and eastern Jerusalem and unilaterally recognized terrorist Yasser Arafat’s Palestine Liberation Organization as “the sole legitimate representative of the Palestinian people.”

Airbnb’s statement goes beyond the “occupied” canard to suggest Jews displaced Palestinians to build settlements. “US law permits companies like Airbnb to engage in business in these territories,” Airbnb explained. “At the same time, many in the global community have stated that companies should not do business here because they believe companies should not profit on lands where people have been displaced.”

Here, Airbnb seems to channel the wildly exaggerated Palestinian “Nakba” narrative, which falsely claims that hundreds of thousands of Palestinian Arabs were expelled from their homes when the Jewish state was founded.

The reality is quite different. After Israel was founded in 1948, a military coalition of Arab nations immediately formed to wage war on the new Jewish state. Some local Arabs, who did not yet go by the name of Palestinians, left the area in anticipation of the war, others directly responded to the dictates of Arab states to stay out of the way so that invading armies could conquer Israel, and still others fled once the war started so that they were not caught up in the fighting.

Arab states waged the war after refusing to accept UN Resolution 181, which called for the partition of the British Mandate of Palestine into Arab and Jewish states. The Jews immediately accepted the resolution, but the Arabs forthrightly rejected the plan, launching a war to destroy the Jewish state.

It should be noted that Israel’s Declaration of Independence called on the local Arab population to remain in place:

In the midst of wanton aggression, we yet call upon the Arab inhabitants of the State of Israel to preserve the ways of peace and play their part in the development of the State, on the basis of full and equal citizenship and due representation in all its bodies and institutions.

It is true that some Jewish groups, including the Haganah, encouraged local Arabs to flee, however those few documented cases were the exception and not the rule.

The Economist, for example, reported that the Arab residents of Haifa left their homes in large part because of Arab army warnings:

Of the 62,000 Arabs who formerly lived in Haifa not more than 5,000 or 6,000 remained. Various factors influenced their decision to seek safety in flight. There is but little doubt that the most potent of the factors were the announcements made over the air by the Higher Arab Executive, urging the Arabs to quit. … It was clearly intimated that those Arabs who remained in Haifa and accepted Jewish protection would be regarded as renegades.

Airbnb, meanwhile, punishes Jews for living in the West Bank while seemingly ignoring that Israel offered much of the territory to the PA in numerous peace proposals. If the Palestinians wanted a state, they would not have to resort to peddling the BDS movement. Israel attempted to broker a Palestinian state in much of the West Bank with a shared capital in Jerusalem numerous times.

Those offers were made at Camp David in 2000, Taba in 2001, the Annapolis Conference in 2007, and more offers were made in 2008 and reportedly in 2014. In each of these cases, the PA refused generous Israeli offers of statehood and bolted negotiations without counteroffers. Many times, the PA launched campaigns of terrorism following the Israeli offers. The PA has since refused to return to the bargaining table, and has already rejected the Trump administration’s forthcoming Mideast peace plan before it is even made public.

Israeli Tourism Minister Yariv Levin slammed Airbnb’s move as “discriminatory” as well as “disgraceful and miserable.” Levin called for his office to “formulate immediate measures to limit the company’s activity throughout the country,” and to develop a plan to further promote West Bank tourism.

Strategic Affairs Minister Gilad Erdan said he will investigate whether the decision violates local U.S. laws against boycotting Israel. He also called on Airbnb to explain why it singled out the Jewish state: “National conflicts exist all over the world. The heads of Airbnb will have to explain why they chose to take a racist political stance against some of Israel’s citizens.”

Knesset Member Michael Oren, a former Israeli Ambassador to Washington, stated, “Airbnb blacklists Jewish apartments in Judea and Samaria — not Palestinian apartments, not apartments in Turkish occupied Cyprus, in Moroccan occupied Sahara, not in Tibet or the Crimea.”

“Airbnb’s policy is the very definition of anti-Semitism. No one should use its services.”