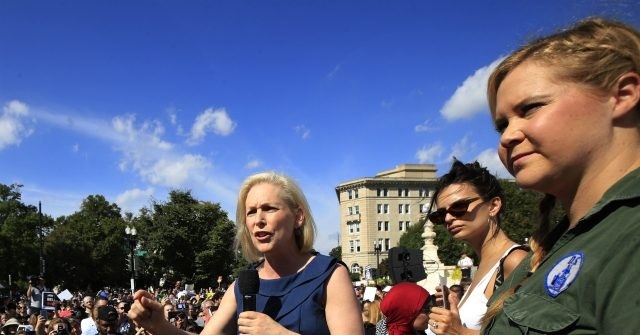 “There’s been a shift in the last two years,” Gillibrand said in an interview before the fundraiser. “Whereas you might have protected your company or your persona or your non-partisan nature, people have left that behind and are now willing to speak out for what they believe in.”

The fundraiser, which was held at the home of producer and president of Women in Film Amy Baer, was organized by the L.A. Women’s Collective, a self-described political action committee which “empowers women in Los Angeles to influence political and legislative progress.” Gillibrand assisted in the creation of the committee which raises money for women on local and state levels.

Gillibrand, who has traveled to Georgia to protest the heartbeat bill, has vowed to “only appoint judges and justices that see Roe v. Wade as settled precedent.” In addition to saying she would “codify” Roe v. Wade, Gillibrand has previously expressed interest in removing the Hyde Amendment, which prohibits federal funding for abortions.

“This president has succeeded in politicizing the court,” Gillibrand said. “I will look for ways to depoliticize the Supreme Court.”

While she did not say whether companies should abandon Georgia over the abortion law, Gillibrand said, “I think the industry will decide whether they want to use that tool or not, but I know that women’s voices are more powerful than anything.”

Instead, Gillibrand recommended that companies “stay and invest in elections locally to unseat this radical conservative legislature that doesn’t value women.”

She added, “I always prefer the direct ballot-box approach.”

Earlier this month, after the Missouri House passed legislation that included a ban on abortions from eight weeks of pregnancy, Gillibrand claimed the Republican Party wanst a “fight with American women.”