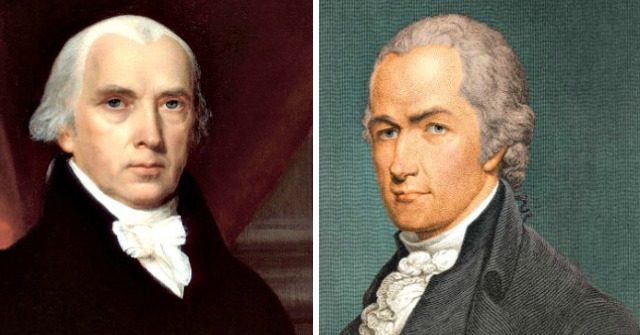 On Tuesday, Nevada became the 15th state, along with the District of Columbia, to pass a measure that would grant its electoral college votes to the candidate that won the nationwide popular vote.

This movement is being led by an organization called National Popular Vote.  The 501(c)(4) was co-founded by election law expert and attorney Barry Fadem and John Kaza (co-inventor of the scratch off lottery ticket).

The objective is to have a group of states that in total control 270 electoral votes (the number needed to win the presidency) form a compact wherein each of them will agree to cast those votes based on the nationwide popular vote, regardless of how their own state’s citizens voted.

Messrs. Fadem and Kaza have incredible resumes and have had careers filled with professional achievement.  It would be easy for someone who understands political science and the structure of American government to dismiss them by saying, “Well, they might be smart, but they sure don’t know much about politics, do they?”

My fear is exactly the opposite.  I’m afraid they understand politics perfectly and this initiative they have launched, a federal republic annihilator, is exactly what they intend.

Our Founding Fathers had the debate at the beginning of our nation as to how our system of election and governance would be structured.  Democracy was rejected because of the well understood tendency of a majority to act as a tyrant.  While much of what was created by our Founders was original, this concept wasn’t.  The critique of democracy dates back to Plato and the Republic.  The demos, as they were called in Greek, couldn’t be trusted; they would just vote to satiate their voracious appetites at the expense of others or the nation at large.

Plato thought the majority would lack the knowledge and wisdom to make sound choices.  Of course, today, since we all have smart phones, we must all be very smart.  No need to worry about 2400-year-old concepts.

What about concepts that date back only to the late 18th Century and come from James Madison and Alexander Hamilton.  Yes, young readers, before he was a Broadway star, Hamilton was trying to protect American voters from themselves.  The Connecticut Compromise, and its derivative, which led to the structure of our bicameral legislature, the executive branch, and the electoral college, were all born out of the need to prevent the United States becoming nothing more than a place where the majority subjugated the minority.

In addressing this matter and the need for divided government to place controls on tyranny, Madison particularly focused on factions: those unions of people that take on their own larger interest.  He identified two types of factions, those of a minority and those of a majority.  Interestingly enough, he dismissed minority factions, saying that it would be easy enough for a majority to control them.  In Madison’s mind, the structure of government and the process for electing the chief executive were designed to try to fragment the power of majority.

When you read Federalist 9 (Hamilton), Federalist10, and Federalist 51 (Madison), three key elements they felt existed to help give the new United States a chance for success were its population size, geographic size, and the differing interests of the independent states.  Back in the late 1700’s, these factors would all make it more difficult for minority factions to attain the sort of critical mass required to do real damage.

But Hamilton and Madison were not contemplating smartphones, the Internet, Facebook, Twitter, and 24-hour cable news.  They could not see that barriers and impediments to communication and mobilization were going to be completely torn down.  Today, any sort of tiny minority faction can become a nationwide majority in a very short period of time.  This means that movement can advance well ahead of thought.

In his book, Skin in the Game (Penguin Random House, 2017), Nassim Taleb warns about intolerant minorities and how they can very easily convert into intolerant majorities through a simple, mathematical progression.  Taleb demonstrates how it becomes easier for a larger group (e.g., non-kosher beverage consumers) to adjust itself to a minority group (those who must keep kosher).  If you doubt this, look for the “circle-U” symbol on your soda can.

The consumption of kosher beverages is a harmless example of minority positioning becoming majority behavior.  Other examples are not so harmless.  Our society today lends itself to the rapid conversion of intolerant minority factions into tyrannical majorities in a way our Founders could never have imagined.  At the very time in our history when we are more vulnerable than ever to simple majority rule, National Popular Vote wants us to dive in fully at the presidential level.

Fadem and Kaza are far too intelligent not to understand this.  Any argument they might make that this is simply to let the voice of the people to be heard is specious.  I don’t know their personal motives, but I would speculate that they see themselves somehow benefitting in terms power, profit, privilege, or prestige should the U.S. be more directly controlled by the demos.

Our Founding Fathers envisioned a system where government would be designed to do little as opposed to doing too much.  They built a system that was able to account for the nature of man and to try to control his less desirable tendencies.  To paraphrase and reduce Madison, if men were angels, the Founders would not have needed such a complex structure.

We are not angels.  We need these controls to prevent the very kind of efficiency in voting that can lead to majority dominance.  The electoral college is one of those most fundamental controls.  If we effectively neuter it through state collusion, then we move one step closer to a world our Founders feared, and that Plato described.

For those who are wondering, Plato’s next stage was total tyranny.