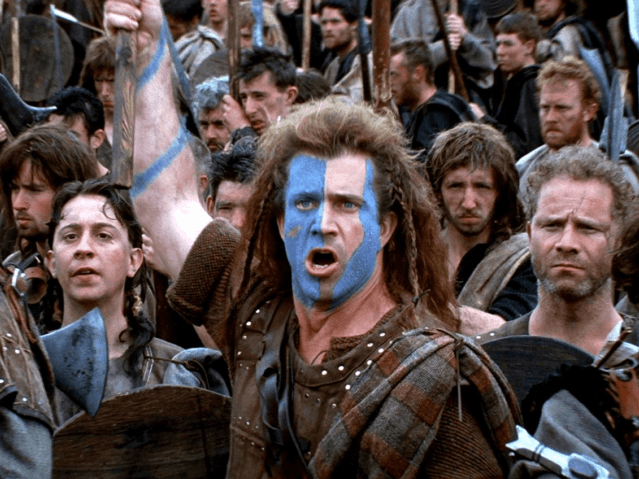 “…and dying in your beds, many years from now, would you be willing to trade all the days, from this day to that, for one chance, just one chance, to come back here and tell your enemies that they make take your lives, but they’ll never take your freedom!” — Mel Gibson as William Wallace in the movie Braveheart

With the confirmation of Judge Brett Kavanaugh to the Supreme Court, the Republican political establishment has done something it is not actually used to doing. It won. It isn’t that Republicans have never won before, it is just that they typically win by forfeit.

On the rare occasion that Democrats calculate they don’t have the necessary numbers, and that the issue isn’t important enough for them to spend political capital, they walk away and Republicans end up winning the same way a junior high school team wins when the other team’s bus runs out of gas. They didn’t really beat them, they won on a technicality.

With Kavanaugh, however, there is no asterisk next to the Republican “W.” They faced an all-out assault from the Democratic Party and all the sinister characters that operate in its hidden and nefarious underworld. The Democrats emptied their bench, pulled their goalie, threw a greased pitch, placed cork in their bats, and even let some air out of footballs (enough sports metaphors?). The Democrats played their best game. They also cheated.

And they lost. They aren’t used to losing. They never lose in these battles. Republicans don’t play to win.

But Donald Trump always plays to win and he is teaching Republicans how much fun it can be to play that way.

It isn’t hard to imagine that, in the not-so-distant past, if the Republicans had found themselves facing the offensive mounted against them, against Brett Kavanaugh, and against their constituents who put them in office, that they would have turned to a different Republican President and quietly counseled him to get Kavanaugh to voluntarily withdraw himself from consideration.

You can picture the scene. There would have been a solemn statement to the press, Kavanaugh at the microphone saying how it was just too much for his family and because of his love of the nation and the need for it to heal he felt it best to step aside. Behind him would be a cast of dour-faced Republicans, each looking as if they had just been told they were going to have to sit through eight consecutive hours of opera.

Instead, Republican lawmakers could be scene on the Senate floor this past Saturday looking like they were all auditioning for the role of the Cheshire Cat. There were even salacious rumors of laughter, high-fives, and chest bumps (none of those from Justice Kavanaugh).

During the 2016 campaign, then-candidate Donald Trump said in a tweet, “Republicans don’t know how to fight and win — I will teach them!” Well class has been in session for almost two years and Republican Senators just passed their midterms.

I actually think he is doing something more than teaching them how to win. I believe he is teaching them to hate to lose. That can be an even greater motivator for people in general and politicians in particular. The Democrats hate to lose, and they are filled with hate right now.

The President is also reinforcing how he will support those joining the fight. When Sen. Susan Collins (R-ME) gave her inspiring speech on the floor of the Senate Friday, and then followed it up with a “yes” vote on Kavanaugh Saturday, President Trump took to Twitter to praise her courage. This despite Sen. Collins’s frequent criticisms of the President over the last two years.

Converts to “winning” are welcome.

Until this past Saturday, the Republicans in Washington had been behaving as though they were so afraid of the Democrats they were unwilling to exploit their numerical advantages. Despite having a majority in both the House and the Senate, the Republicans have repeatedly acted as though they were hopelessly outnumbered and that by aggressively challenging the Democrats and the pop-culture infantry that serves them would simply place their members at too great a risk of loss.

Now these formerly timid Republicans have joined President Trump and the real resistance movement. This past week, they were willing to fight and resist the Democrats attempt to derail and destroy Constitutional process, due process, civil process, and moral process.

President Trump warned us just before the election in 2016 that he was going to make sure America started winning. He said we would win, win, win and we would keep winning until Americans got tired of winning. Exhausted, we were going to protest that we couldn’t win anymore. He said he was going to encourage us at that moment to keep winning so we could make America great again!

Well, it took a while, but the Republican Party just started winning. They figured it out just in time. We are less than one month away from an election that will determine how much their President, the man who is coaching them on how to win, is able to accomplish over the next two years. They ought to be able to build some momentum from the Kavanaugh victory.

They can’t be tired of winning yet. Let’s hope they are just getting started.

Charlie Kirk is the founder and president of Turning Point USA.