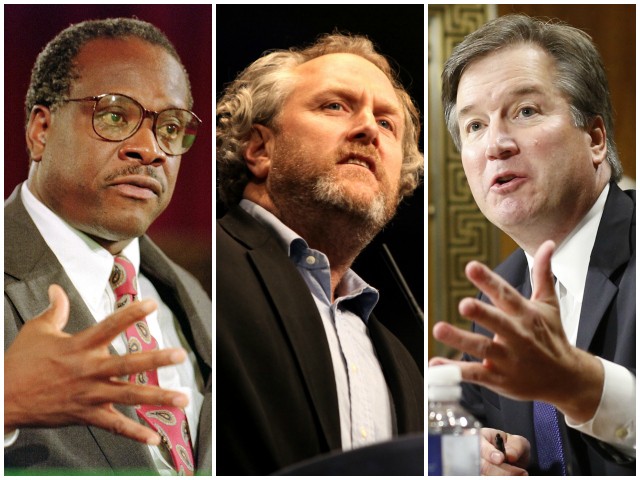 How is a warrior like Andrew Breitbart created? Little did the leftists know as they tried to destroy Clarence Thomas they were creating the most effective grassroots warrior against the left of our generation. And this last week with Kavanaugh, I can’t imagine how many more thousands of Andrew Breitbarts were born.

Conversions and spiritual awakenings are very familiar to those who are Christians. From the beginning, our faith has relied on people who didn’t believe having some form of revelation or experience that motivated them to become one of us.

No character in the history of Christianity has a more dramatic story of conversion, or a more significant post-conversion contribution to the faith, than does the Jewish-born Saul, call him Paul, call him St. Paul.

Saul, a notorious persecutor of Christians on behalf of Rome, was riding on the road to Damascus with his henchman to do just that when, as they neared the city, an incredible display of light appeared, so vibrant it knocked Saul from his horse.

Blinded temporarily, Saul heard the voice of Jesus ask him why he was behaving so badly? This led to Saul’s conversion, a clever name change, and to a missionary journey that places him at the top of the list of all-time Christian evangelists.

Much like Paul, a famous convert to liberty, and the one who played the most important post-conversion role in standing up to the ruling class and powerful institutions was Andrew Breitbart, founder of Breitbart News.

Breitbart’s conversion story is available to listen to in his own words and this is a great week for every American liberal to click on “Play.”

Andrew was raised in California and was a product of that reflexively liberal climate. He admits to taking being a liberal for granted until, in his early 20’s, he witnessed a horrific national event:

The confirmation hearings of Clarence Thomas and the random insertion of Anita Hill into the process.

Andrew thought those groups were supposed to be about fairness and protecting the rights of the underdogs.

Once awakened, Andrew Breitbart became curious, he became informed, and he became active.  Boy did he become active! Today, Breitbart News stands virtually alone in presenting an uncompromising exposure of Team Left tactics and giving a large platform to the works of James O’Keefe, John Nolte, and others.

What is on display to Americans in the Brett Kavanaugh proceeding should be able to produce a few million Andrew Breitbart-types (getting another Andrew Breitbart is too much to ask). For people who are following these proceedings from the Team Left bleachers, here are some things I suggest you keep an eye on:

Where is the ACLU insisting that someone cannot be considered guilty simply under the weight of an accusation?

Why is the media not doing any feature stories using mothers of sons who are worried about the future their kids will face?

Where was the coverage of the woman’s march at the Capitol prior to the Thursday hearing showing women demanding Kavanaugh be treated fairly? Where were the Democrats, champions of women’s rights, demanding that these women be heard?

Why is the FBI, a federal agency operated at taxpayer expense, being used as part of a show investigation when it has already investigated Judge Kavanaugh for months?

I predict that the Kavanaugh confirmation proceedings, which resemble burlesque more than they do any sort of dignified process, will produce a significant number of converts. With my ear to the wind I hear not only the spirit of Andrew Breitbart screaming for political fairness, I also hear St. Paul preaching the immorality of condemning a man solely on specious accusations.

Being a partisan requires the complete suspension of intellect. You must say to yourself, “I know I’m going to be confronted with challenging facts today that subvert my position, but by God I promise to ignore all of them.” St. Paul, when confronted with bright light and Christ’s voice, was able to open his blind eyes to see God. Andrew Breitbart confronted with blatant partisanship opened his eyes to see the American Dream.

American liberals, when you open your eyes you aren’t going to believe what you see. If you experience a spiritual awakening and are ready to convert, we will be waiting for you when you get here.