“What [Kanye] fights for is the right to like what he wants to like Even if it’s different from what you like,” Kim Kardashian West told CNN commentator Van Jones.

“He never said, ‘Okay, I know what’s going on with immigration, and I know this and I know that.’ If he really knew, he would feel very compassionate about it,” she continued.

“He never said that he supports that. I know it’s very confusing because when you see someone wearing a red hat you would think that they are supporting that. But he’s just fighting for free thought and freedom to like a person even if it’s not the popular decision.”

The 38-year-old also said that her husband is “very not political” and that his support for President Donald Trump “gets really misconstrued.”

“He will always say he was friendly with him before, and he’s the same person and friendly with him now. I could also co-exist with someone and still have different political views. My mom and my step-dad did that. It’s fine to be different and have your own view,” she added. 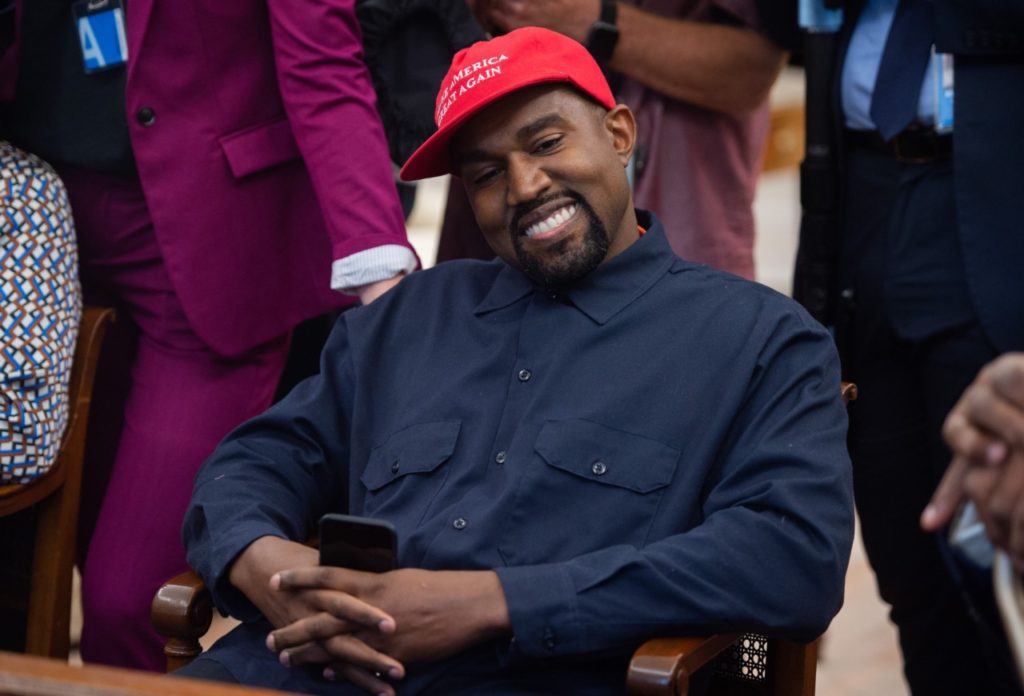 Rapper Kanye West speaks during his meeting with US President Donald Trump in the Oval Office of the White House in Washington, DC, on October 11, 2018. (SAUL LOEB/AFP/Getty Images)

“A liberal will try to control a black person through the concept of racism because they know that we are very proud emotional people,” the 41-year-old rap star said.

“You think racism can control me? That don’t stop me, that’s an invisible wall.”

However, the Grammy-winner has recently declared his intention to distance himself from politics.