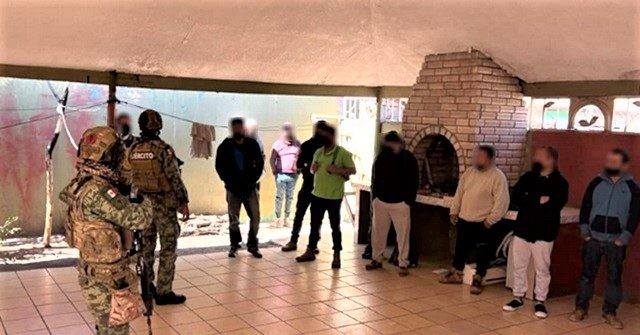 FBI agents teamed up with U.S. Border Patrol agents and Mexican military officials to rescue a U.S. citizen being held by kidnappers in Nuevo Laredo, Tamaulipas. Nuevo Laredo is the headquarters for Los Zetas Cartel, also known as CDN. The rescue effort led to the recovery of 14 others being held against their will by the cartel.

Historically, there is little hope for Americans who are kidnapped by cartels operating in Mexico. Fortunately, for one American citizen, a coordinated rescue attempt by authorities on both sides of the border ended better than could be expected.

FBI agents teamed with the Border Patrol to provide Mexican military officials with enough information to rescue a woman, a U.S. citizen, from her captors in Nuevo Laredo.

On February 8, 2022, the FBI contacted a specialized office within the Border Patrol’s intelligence division known as the Foreign Operations Branch (FOB) to request their assistance in the kidnapping of the American woman. The FOB specializes in the bi-national exchange of information between military, police, and other government officials in Mexico. The liaisons developed are used mostly to coordinate joint operations along the southwest border.

The Border Patrol’s history of close communications and relationships with authorities along the border can prove to be invaluable to other law enforcement entities as well. In some cases, the FOB’s networks have been used to locate and return fugitives, identify deceased migrants, or reunite separated families.

In this case, the FBI needed assistance in coordinating the rescue and return of a Texas woman that had been kidnapped and held against her will in Nuevo Laredo. Using the Border Patrol as an intermediary with Mexican government officials, the Secretaria de la Defensa Nacional (SEDENA) began a rescue operation. SEDENA manages Mexico’s Army and Air Force.

Mexican army soldiers conducted the search and rescue operation using the information provided by the FOB unit and located the kidnapped woman at a house in short order. The Texas woman was rescued without injury.

Soldiers located 14 other individuals at the house who were also being held against their will by the cartel. The identities of the American woman and others located and rescued were not released.

Disappearances and kidnappings are nothing new in the Nuevo Laredo area. On one stretch of highway that leads from Nuevo Laredo to Monterrey, Mexico, at least 71 people have disappeared without a trace. According to a recent news report, at least six American citizens have disappeared in the area. The disappearances are all believed to be related to cartel criminal activity. Relatives of the victims believe the total is closer to 150.

According to Mexico’s Ministry of the Interior, the border state of Tamaulipas which includes Nuevo Laredo, is one of the Mexican states with the highest total of forced disappearances. Authorities believe the Cartel del Noreste (CDN), a faction of the former Los Zetas cartel, is responsible for the disappearances and kidnappings.