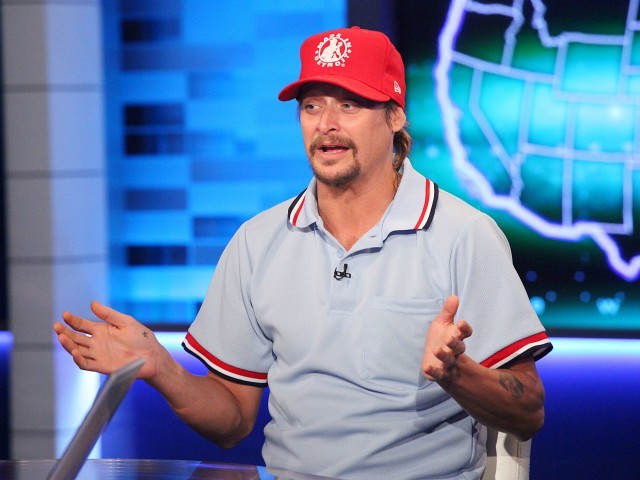 Detroit rocker Kid Rock has been removed from his position as grand marshal of the Nashville Christmas parade after calling Joy Behar a “bitch” on Fox News Friday.

During an appearance on Fox & Friends, Kid Rock said, “We can disagree and still be cordial with one another and just talk about things without going for each others throats and protesting everything. God forbid you say something a little bit wrong you’re racist, homophobic, Islamophobic.”

“People need to calm down, a get a little less politically correct, and, I would say, love everybody. Except, I’d say screw that Joy Behar bitch, everybody but that,” the 47-year-old said.

Fox News immediately apologized for the comments, and the “All Summer Long” singer clarified that he was joking, but he was still pulled from the parade, being replaced by James Shaw Jr., a man who saved lives by taking the gun away from a shooter in a Tennessee Waffle House in Nashville this year.

Parade starting soon, see you there….

Behar reacted to Rock’s comment on The View Friday, saying, “All I can say is this bitch, and these bitches will be happy to have you on the show and have a beer.”

Kid Rock gave a statement to News Channel 5 reading, “Behar has been an outspoken critic of President Donald Trump and when Myself, Sarah Palin and Ted Nugent visited The White House last year, Behar called it ‘the saddest day in in the history of the White House since the British burned it to the ground in 1814.’”

His statement continued, “Today I said ‘Screw that Joy Behar bitch’ Mess with the bull, you get the horns. End of story. I apologized for cursing on live tv, I will not for my sentiment nor do I expect an apology from her or anyone else who has choice words for me or doesn’t like me. God Bless America.”