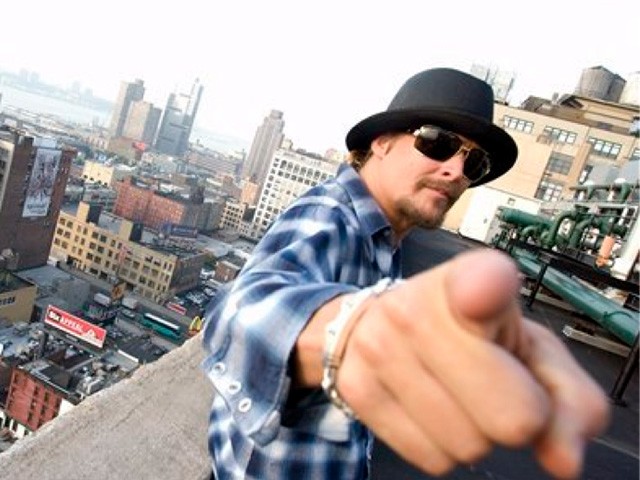 Kid Rock gave the Nashville, Tennessee, community a nice Christmas present this week, paying off $81,000 in layaway debts at an area Walmart.

“@tylerperry Great idea! I followed your lead and paid off the layaway at my local Walmart in Nashville. Merry Christmas and God Bless You!” Kid Rock said in a tweet Friday, following the lead of Tyler Perry, who paid off layaway debts at Walmarts in Georgia.

@tylerperry Great idea! I followed your lead and paid off the layaway at my local Walmart in Nashville. Merry Christmas and God Bless You!

WBIR reports that Kid Rock paid down 350 layaway accounts at a Nashville Walmart. The location’s manager Tom Meyer told the outlet, “Kudos to Kid Rock for making such a gesture in our community.”

“I think that’s a pretty Nashville proud moment,” he added.

The “All Summer Long” singer’s nice gesture comes after he got into some hot water for calling The View host Joy Behar a “bitch” on Fox News.

“God forbid you say something a little bit wrong you’re racist, homophobic, Islamophobic… people need to calm down, a get a little less politically correct, and, I would say love everybody. Except I’d say screw that Joy Behar bitch, everybody but that,” he joked, prompting Fox News host Steve Doocy to immediately apologize.

The 47-year-old’s obvious joke was still too much for some, and he was removed from a Christmas parade in Nashville over it.