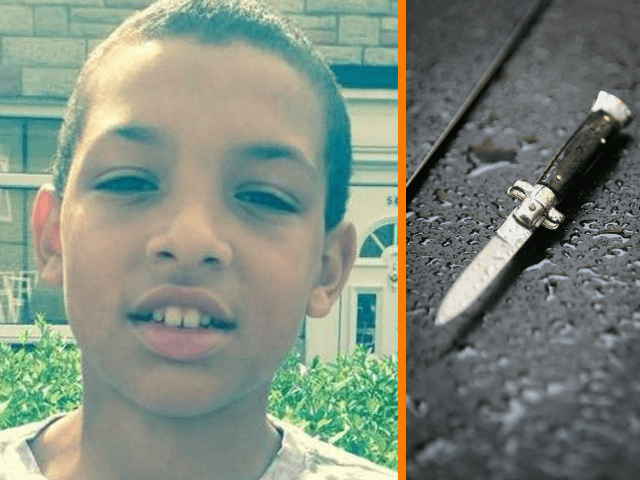 A 17-year-old teen has been slain outside a busy London Underground station just hours after a 15-year-old boy was killed just yards from his home as London’s violent crime wave continues.

The two killings this week came as the Commissioner of the Metropolitan Police, Cressida Dick, insisted that knife crime in the city has “plateaued” and played down fears officers are losing control.

Schoolboy Jay Hughes, 15, was fatally stabbed just 100 yards from his home after being attacked outside a chicken shop in Lewisham, south-east London.

“We know that this was an awful premeditated attack on a young boy who sadly lost his life as a result. I would appeal to anyone with information to get in touch with us.”

Just hours later on Friday evening, the Met said that a 17-year-old boy had also died after being stabbed yesterday outside Clapham South station in south-west London.

There were also reports on Friday night of a 16-year-old boy stabbed on New Kent Road in Southwark, also in south London.

Scotland Yard have stated the victims injury has been deemed as non life threatening. No arrests. Enquiries remain ongoing.

The killing of Jay Hughes took London’s total number of deaths from violent crime this year to an estimated 117, surpassing the total for the whole of last year.

His aunt Rochelle, 32, told the Evening Standard that the boy, who lived nearby with his grandmother, had not been involved with gangs.

“He said he was going out to get some food and he never came back. He loved riding his mountain bike, was very bright and brilliant at art. He wanted to be a cartoonist,” she said.

“He was basically a young boy who played out on his bike and met up with friends. It was a normal day it seemed, but he never came back. We are heartbroken.”

Speaking on Radio 4, Commissioner Dick said the murder was a “horrible thing to happen to that family, to that community and of course to that poor lad, we must focus on this.”

Yet she also claimed that police were winning with the fight against knife crime, adding: “Each month I can see it coming down.

“When I started it was about 40 [stabbings] a month. Now it’s about 30 a month but that’s still 30 teenagers stabbed, which is awful.”

According to statistics released last month, one in five adults in England and Wales experienced crime in 2017, whilst knife crime in London has hit its highest ever level.

In the year to June 2018, homicide rose by 14 percent, violent crime involving blades or knives by 12 percent, sexual offences by 18 percent, and robbery by 22 percent.