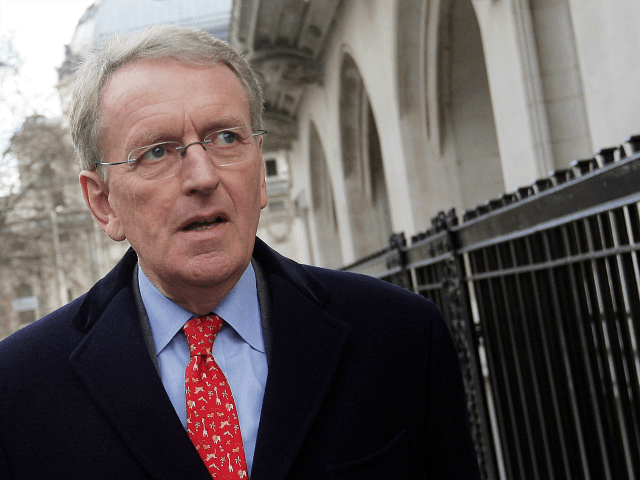 A teenager who knocked a 74-year-old former British ambassador to the United States unconscious on the London Underground and left him with “horrific injuries” has been let off with a 12-month referral order and a £500 compensation charge.

Uxbridge Youth Court heard that the 17-year-old, whose identity has been protected, ran up behind Sir Christopher Meyer and shoved him in the back on the Victoria station platform in London, knocking him unconscious and causing his glasses to break and inflict facial injuries when he hit the ground.

Witnesses say the attack was launched after the pensioner “nudged past” the teenager at the train doors following a verbal altercation.

“The injuries in this case were quite clearly horrific,” remarked sentencing judge Deborah Wright.

“The assault has had a profound impact upon [Sir Christopher] both physically and emotionally.

“The victim has injuries which have left him with scarring. He does not know whether or not he will suffer permanent disfigurement.”

Wright acknowledged that the crime clearly passed the threshold for a custodial term, but that the attacker’s supposed good character and remorse allowed her to issue an alternative sentence.

“You have been very fortunate today,” she told him as she handed down the referral order.

12-month referral order for teenager who left former US ambassador looking like this after argument on the Tube. Attack has had a profound affect on Sir Christopher Meyer, 74. Teenager protected by anonymity order pic.twitter.com/gML2rbnmoj

“This was a momentary lapse of judgment by the defendant, clearly a loss of temper,” defence lawyer Brad Lawlor had claimed.

“He has shown himself to be an educated, driven young man keen to rehabilitate himself and make right his actions.”

In a victim impact statement, Sir Christopher said the attack had been “deeply distressing” and required him to cancel a number of engagements and business meetings, including a BBC interview.

“The injuries I suffered may well leave permanent disfigurement. There is also a lasting emotional impact,” he added.

British Transport Police statistics recently revealed that violent crime on the London Underground has risen by at least 43 percent over the last three years, with weapons offences up by an even more remarkable 125 percent.

Arrest Made After Man Stabbed to Death on London Train https://t.co/sTmzQHG1YP