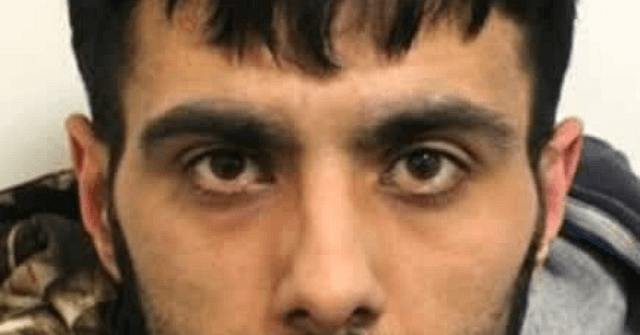 A man has been convicted of disseminating Islamic State propaganda via Facebook and WhatsApp groups following a Metropolitan Police investigation.

According to an official police statement, 29-year-old Shehroz Iqbal, of east London, was arrested after he “shared a Daesh propaganda video on his open Facebook page” — ‘Daesh’ being the politically correct term for the Islamic State preferred by officials who wish to avoid referencing the terror organisation’s religious fealty.

Iqbal was convicted of “one count of dissemination of terrorist material, contrary to section 2 of the Terrorism Act 2006; and one count of encouragement of terrorism, contrary to section 1 of the Terrorism Act 2006” for the Facebook video, as well as a WhatsApp video police subsequently discovered which featured him “in central London with words which included, ‘Attack, Attack’ – the inference being Iqbal was encouraging others to carry out an attack at various locations.”

GUILTY: Shehroz Iqbal was today convicted of dissemination of terrorist material online and encouragement of terrorism. He now faces time in prison.

Police urge the public to be vigilant and report anything suspicious to https://t.co/jdc8xdZ6iLhttps://t.co/hYbUFyUH1H pic.twitter.com/0Xd6JJBT2J

“I am very pleased with today’s verdict. Shehroz Iqbal is a volatile man with an extremist mindset who has now been brought to justice,” commented Counter-Terrorism Command commander Richard Smith for the Metropolitan Police.

“Thanks to the vigilance of Counter-Terrorism officers we identified Iqbal’s illegal activity and were able to prevent him from carrying out something far more harmful,” Smith added.

“Every day the national counter-terrorism police network is fighting terrorism. However, police also rely on information from the public and I urge everyone to remain vigilant and report anything suspicious at all to police whether they see it online or in the real world,” he warned.

Iqbal will be sentenced in November.

The conviction comes shortly after Ken McCallum, the new director-general of the MI5 domestic intelligence agency, confirmed that “Islamist extremist terrorism… by volume remains our largest threat” in his first public address.

“It is still the case that tens of thousands of individuals are committed to this ideology – and we must continually scan for the smaller numbers within that large group who at any given moment might be mobilising towards attacks,” he confirmed.

However, the BBC, CNN, and other mainstream media outlets did not emphasise this in their coverage of McCallum’s address, instead focusing on his remarks on the comparatively minor threat from the “far right”.