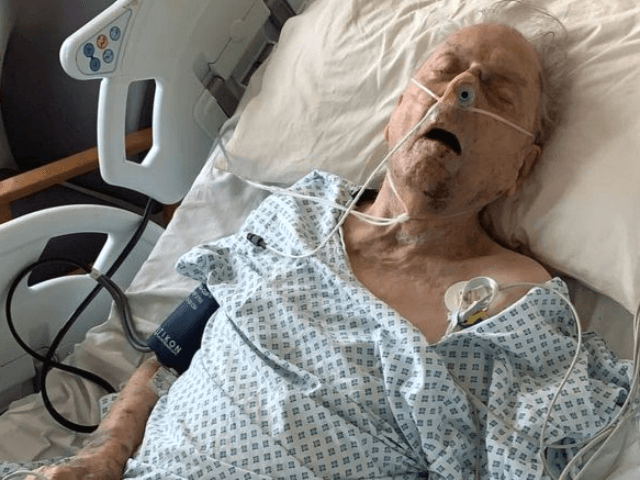 Second World War veteran Peter Gouldstone, 98, has died in hospital after a savage beating in his London home.

Mr Gouldstone was found in a “semi-conscious” state by his son Simon, who described him as “a low key, peaceful and supportive sort of person” who was house-bound due to a heart condition.

Detective Inspector Paul Ridley said the elderly veteran’s bedroom had been “ransacked” during an apparent home invasion, with a small, not particularly valuable Panasonic television and some personal belongings being stolen.

“It was an absolutely horrendous attack on a vulnerable man who has medical conditions,” Ridley said on November 7th, before Mr Gouldstone passed away.

“The level of violence used was beyond belief.”

“We are all shocked and saddened by the news of Peter’s death. It is the worst news for his family and for all those who cared for and knew him,” commented Detective Inspector Paul Ridley, from the Met’s North Area CID, in an official statement on war veteran’s passing.

“I urge anyone who has information, no matter how small a detail, to search their conscience and contact police without delay.

“I particularly want to hear from people that may have been offered the Panasonic television that was stolen, or who saw either people or vehicles in the vicinity of Evesham Road, Enfield, N11 that may have appeared out of place.

“A Crimestoppers reward of £10,000 remains on offer for anyone who can provide information leading to the arrest and conviction of those responsible for this despicable offence,” he pointed out.

“Finally, I would ask that Peter’s family are left alone to grieve and come to terms with their loss at this very difficult time.”