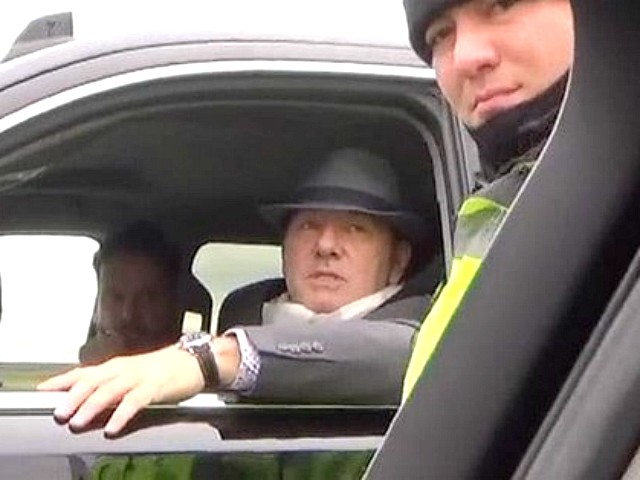 Actor Kevin Spacey on Monday was pulled over by police for speeding following his court arrangement on sexual assault charges.

Spacey was allegedly caught driving too fast upon departing from Reagan National Airport in Washington, D.C. when he was pulled over by police, Athena Hernandez, a public information officer for the Metropolitan Washington Airports Authority said in a statement to USA Today.

Hernandez told the newspaper that the former House of Cards star was let off the hook with a verbal warning.

Kevin Spacey Pulled Over for Speeding On Way Home from Court Hearing https://t.co/lVroVLDFvy

Earlier Monday, Spacey entered a not guilty plea in a Massachusetts courtroom on charges that he made unwanted advances on an 18-year-old busboy at a Nantucket Island bar in 2016. Nantucket District Court Judge Thomas Barrett scheduled the next court date for March 4. Spacey was not ordered to appear at the hearing, however, he must be available via telephone, Barrett told the actor’s attorney Alan Jackson.

Court Documents show Spacey’s legal team say the allegations against their client are “patently false” and noted that no witnesses have come forward to support the claim. “At best, this describes two people engaged in mutual and consensual flirtation, nothing more,” Spacey’s attorneys wrote. The Oscar-winning actor faces five years in prison if convicted of the felony indecent assault and battery charge.

Wearing a suit and tie, a calm-looking Spacey remained silent throughout the hearing and mouthed “thank you” to the judge upon its conclusion. The disgraced actor exited the courthouse to a sea of cameras and shuffled into a waiting SUV with his attorney.