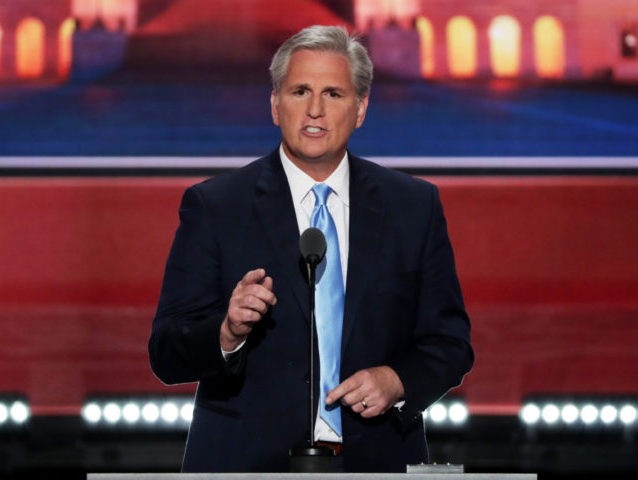 House Majority Leader Kevin McCarthy (R-CA) said on Thursday that the video obtained by Breitbart News of a Google all-hands meeting following the election of Donald Trump obtained calls for a congressional hearing.

“If they’re using their own personal beliefs when it comes to philosophy to control some of that — that’s disturbing, and I think that’s a reason why they should have to come before committee,” McCarthy said.

“The American public has a right to know,” McCarthy said. “We need transparency in this.”

“These are questions that need to be answered and they should not be afraid to come and answer them,” McCarthy said.

“The whole [thing] sounded like a progressive therapy session,” Perkins, president of FRC said. “It was an admission when [a Google executive] said even conservatives in the building were afraid to speak up in conversation”

“That should tell you something about the orientation of Google,” Perkins said. ”They have a monopoly and just as other monopolies have to give an account, I think they should as well.”

The video is a full recording of Google’s first all-hands meeting following the 2016 election (these weekly meetings are known inside the company as “TGIF” or “Thank God It’s Friday” meetings). Sent to Breitbart News by an anonymous source, it features co-founders Larry Page and Sergey Brin, VPs Kent Walker and Eileen Naughton, CFO Ruth Porat, and CEO Sundar Pichai.

You can hear the whole interview here.